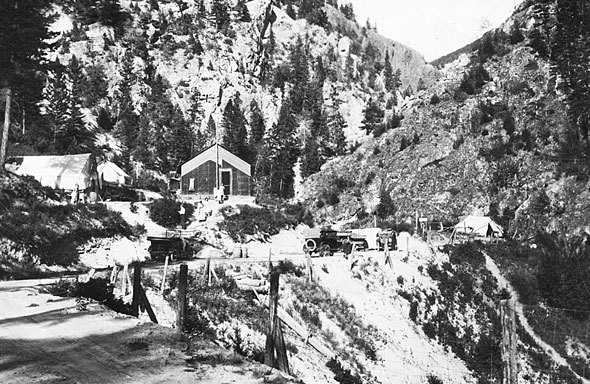 This image from the 1920s shows the original road near the Radium Hot Springs Pool, facing east towards Kootenay National Park. In 1980, Roland Stuart purchased a Crown grant of 160 acres an area that included the Radium hot springs for a mere $160. Originally, Mr. Stuart thought he would make a fortune by bottling the water from the springs and selling it to drink, but he later realized the springs potential as a tourist attraction. In 1911, multi-millionaire St. John Harmsworth lent Mr. Stuart $20,000 to build a log bathhouse and cement swimming pool. Mr. Harmsworth was paralyzed from the waist down and spent many hours soaking in the pools. On April 3rd, 1922, the federal government expropriated Mr. Stuarts holdings for $39,692, when the formation of Kootenay Dominion Park was announced and no one could contact Stuart, who had gone off to war in England. Photo courtesy of Ray Crook 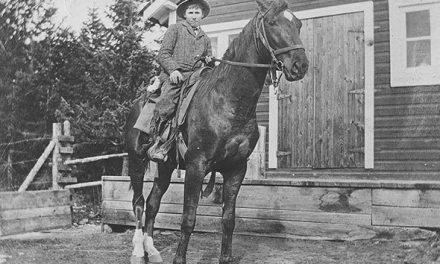 Boy and his steed 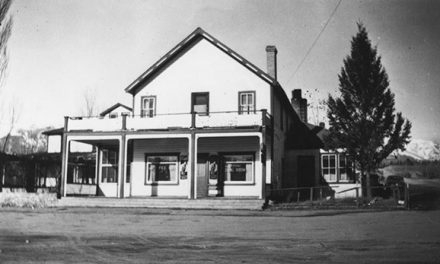 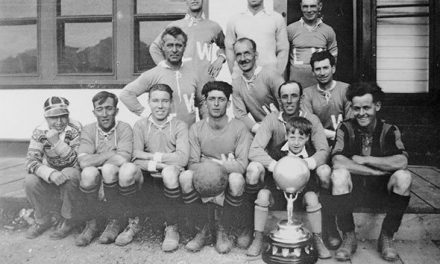 Soccer in Invermere circa 1928