A model of strength catwalking her way to success 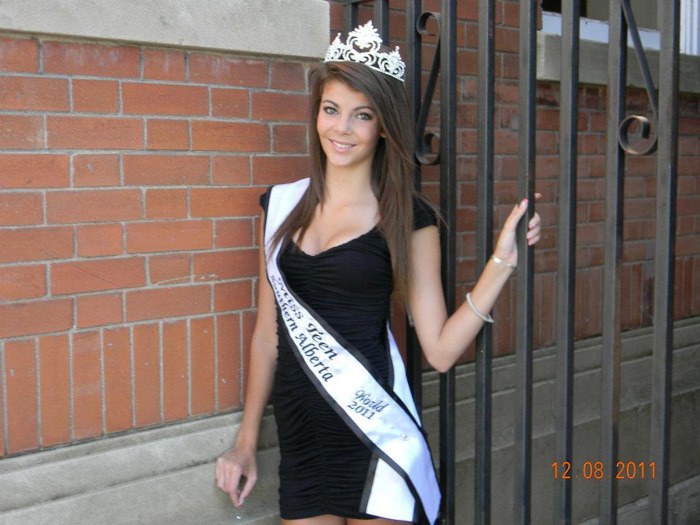 Those in Invermere who happen to remember Alyssa Mahovlic may recall a young girl who had difficulties walking as well as learning disabilities that required the help of a classroom assistant when she attended Eileen Madson and JA Laird elementary schools. These same people will likely be utterly surprised to learn that Alyssa has become a promising young model in Calgary with plans to pursue a challenging career in the medical sciences.

Placing second in Miss Teen Lethbridge earlier this month following a top ten finish in Miss Teen Canada last July, Alyssa was named Miss Teen Southern Alberta in February 2011, just a year and four months after coming out of reconstructive surgery to both her legs that corrected a birth defect affecting her ability to walk pain-free.

Her mother Sylvia became aware of Alyssa’s condition — known as femoral anteversion, the abnormal rotation of the femur —when she was just six years old.

“Generally kids outgrow this so doctors didn’t’ anticipate they would have to perform the surgery,” Sylvia said.

That same year she was diagnosed, Alyssa contracted Kawasaki disease, a rare condition in children that involves inflammation of the blood vessels affecting the body’s organs and can be fatal if left untreated.

Brought by ambulance from Invermere to a hospital in Calgary, Alyssa was given two transfusions of white blood cells to prevent her heart, kidneys and other organs from failing. Ongoing treatments saw her almost completely cured after two years, but the disease caused some learning disabilities that Alyssa had to learn to cope with on top of her inability to be a regular active kid due to the formation of her legs.

“She was walking but it was very painful, but she kind of learned how to navigate, she learned to deal with the pain,” her mother said. “She just kept plodding along… no one really knew the extent of what she was going through; they kind of teased her actually; her last year… she was getting bullied.”

After Alyssa completed Grade 7 at JA Laird, Sylvia decided to relocate to Calgary to be closer to Alyssa’s specialist because she knew her daughter would eventually be having leg surgery.

“Just being closer to Children’s Hospital made it that much easier,” she said.

Alyssa had the surgery in October 2009, a couple months after turning 14, to reshape both her legs with rods and plates to keep sections of her bones straight.

“Basically they cut every bone in both her legs and then relocated her legs,” Sylvia said.

After two weeks of hospital stay, Alyssa was released home only to return within several weeks due to trauma to her nerves.

“In the meantime, both her legs were completely casted, from her hip down,” said Sylvia. “She had braces and casts on her feet to keep everything straight.”

About three months after the surgery, Alyssa was able to start moving her legs again with help from a physiotherapist, and then was faced with the challenge of learning how to walk all over again.

After months of difficult rehabilitation, she had progressed to the point where she was able to return to school for the last month of the school year, though barely able to maintain her stability.

But in a vicious and intentional assault by another female student, she was brutally pushed over, which rebroke one of her legs.

“Her surgeon was just floored,” Sylvia said. The incident forced Alyssa back into surgery to replace a plate in her leg. Meanwhile, the aggressor was arrested but never charged since none of the teenaged witnesses who were present would speak up.

“As she was healing from that, one day she came upstairs, she was still on crutches, and she turned to me and said, ‘Um, mom I think I’m going to run for Miss Teen Canada,” said Sylvia. “I said, ‘Well, shouldn’t you learn how to walk first, never mind in heels?’”

Alyssa contacted the Miss Teen Canada World corporation and discovered the Miss Teen Alberta contest was being held the next year, so after signing up, she was invited to attend and, after months of preparation, made her modelling debut as the first runner up.

“By this point she was able to walk in heels,” Sylvia said. In fact, she added with a laugh, when Alyssa walks in high heels, she walks better than she walks with flat feet due to how the surgery changed her leg shape.

“I don’t know where [her desire to become a model] came from,” Sylvia said. “When she was younger, she was teased a lot, everyone called her names because they said she had a funny nose; she was teased mercilessly.

“But she wanted to tell a story, that the scars didn’t define who she was.”

Second place earned her the title of Miss Teen Southern Alberta, and when she competed in Miss Teen Canada several months later, she walked away with a top ten finish and, most recently, second place in Lethbridge’s Next Top Model. With four Canadian modelling agencies interested in signing her on, Alyssa, who is 5’8’’, plans to move to Toronto after her high school graduation to pursue modelling for a year before making any major career decisions, but her passion is biology, which is what she plans to study at university.

She has mostly overcome the learning disabilities inflicted on her by the Kawasaki disease, although an ongoing visual spatial disability presents difficulties transferring what’s on a blackboard to paper, and she experiences short term memory loss.

Now that she has full use of her legs, Alyssa is always moving to keep in shape, whether it’s workouts or jogging every night. She has mentioned to her mother that she may try for Canada’s Next Top Model, a reality TV show based on voter participation, later this year.

“She’s been through crazy stuff and she still has this impeccable smile on her face daily and just manages to keep coming out of it with such courage,” said Sylvia. “I say it’s strength.” 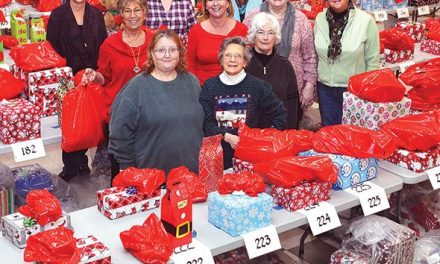