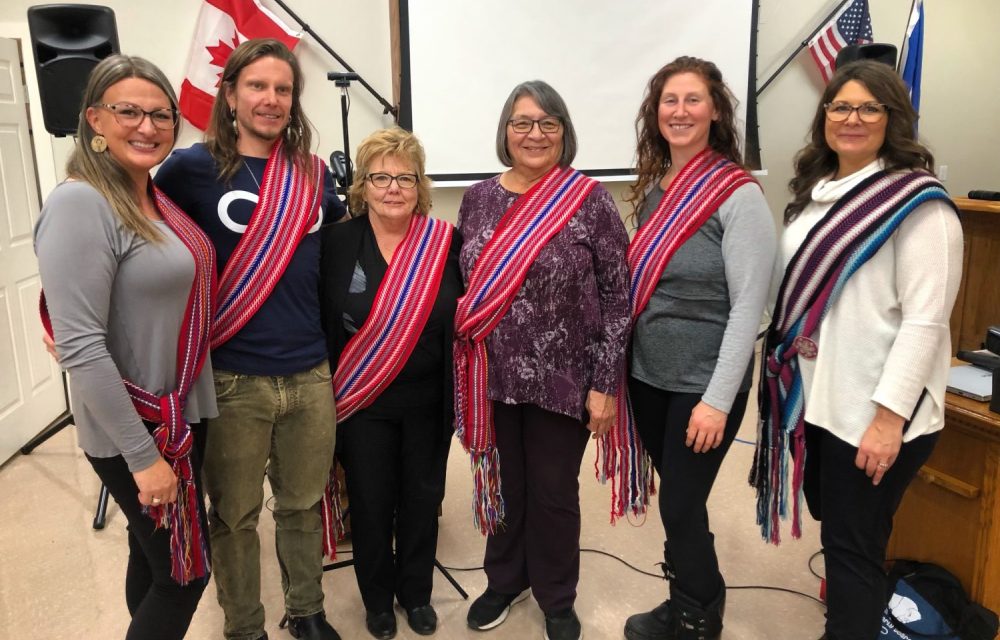 The Columbia Valley Métis Association had its first sashing for its citizens in over two years on November 28. As well, an election was held where new board members were decided (on). From left to right are: President Monica Fisher; vice president, Topher Burke; treasurer, Cherrie Burke and; directors, Pheb Goulet, and Kalista Pruden. Photo submitted

“It was absolutely phenomenal, it was powerful, it was emotional,” said CVMA president, Monica Fisher. “It was incredible to see the sense of pride and connection that it bought to our community.”

Twenty three Métis citizens were sashed, some who have become recent members and some who have been longstanding like Christina Boucher,  a CVMA member for over 15 years. 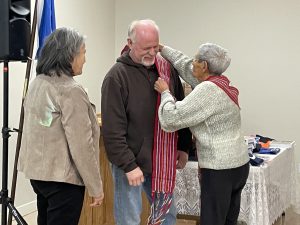 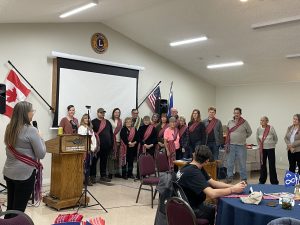 23 Columbia Valley Métis Association members were sashed on Nov. 28 some preferred to have this experience done privately while most were sashed publicly. Submitted Photo

“It was an emotional and moving experience,” said Boucher. “Even more so because my sister and I were sashed at the same time. I’m proud of my heritage. I feel a sense of belonging.”

Rosanna Gillard is also proud of her heritage and her father’s, who was French Cree Métis and from Saskatchewan. She received her citizenship in 2020 during COVID.

“When my father passed away in 2018, it especially became important for me to receive my membership to honour him and his rich heritage,” said Gillard. “I also felt very honoured to have received my sash from our local elder, Ev McGilvery, on Saturday night. It feels good to be a part of the Columbia Valley Métis Association.”

With such a beautiful and rich heritage, it is tragic to think that many Indigenous people have grown up ashamed of it. That was the case for the grandmother of Jamie Demmon, a CVMA member of five years who was also one of the 23 sashed.

“For me the sashing signifies the pride I feel, the pride I wish my gramma was allowed to feel,” said Demmon.  “I’m very proud to be Métis, and I’m the first in my family to be sashed. Change starts with one person, and I hope that my gramma is proud of me for making that change.”

After the celebration, CVMA had its election at the annual general meeting (AGM). Walter Mineault from Métis Nation British Columbia in Prince Rupert chaired the meeting. Fisher will remain as president.

“I’m excited, I’m relieved, and I am looking forward to continuing developing and learning, and growing as a president,” said Fisher. “I’m very excited about our new board.  We have people that are very involved in our community already who are proud and passionate Métis individuals that want to build our community and support our citizens in the right way.”

Elinor Florence decided to resign in her role as secretary. Elected as directors are Pheb Goulet, and Kalista Pruden. Cherrie Burke was elected treasurer and said,  “I was very impressed with the turn-out and how organized the AGM was.”

Former vice president,  Val Brackman, will remain with the board as a non-voting member and its women’s representative. Vice-president is Topher Burke, who recently returned home to Invermere after being away for nearly 20 years and has been very involved with CVMA ever since his return.

“Topher moved back here last year and has been at every Métis event that we have hosted since,” said Fisher.  “He is passionate, proud, and I think he is going to add so many incredible things to our team.”

Topher said he was inspired by this opportunity to give back to his community and help steward his beautiful Métis culture that was nearly erased due to colonialism.

“Coming back into our culture has immense personal value to me and I’m grateful to the people of the CVMA for this opportunity to learn, share, help and guide us forward,” said Topher. “I’m excited for the opportunity to work on things such as housing, mental health, life promotion and reclaiming the traditional roles of Two Spirit people in Métis culture.”

Fisher said one of the first short-term orders of business for that CVMA team will be board fundamentals. “We are looking at doing a financial audit as well and will look at building committees for things education, elders, youth, culture, heritage, and housing.”

A community dinner was provided by Kootenay Coffee Works and cake to celebrate Louis Riel Day, which is held annually on Nov. 16. 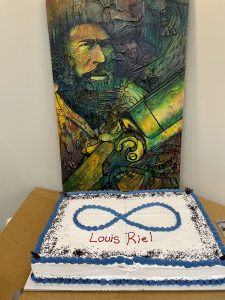 “The reason we hosted the sashing on this night was also to celebrate Louis Riel Day,” said Fisher. “The sashing was the highlight of the evening. It was special to be able to honour our new citizens as well as celebrate Louis Riel and all he worked for and fought for, and ultimately gave his life for.  It’s this recognition that when you look at the sash there’s this understanding that you are connected not only to the ancestors, but also the community and that you are never alone.” 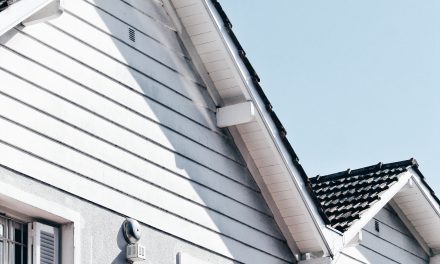 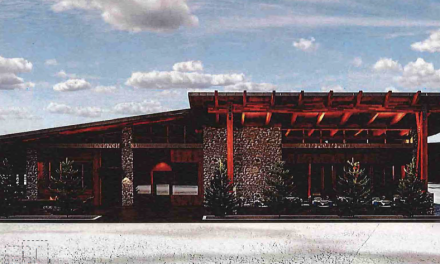