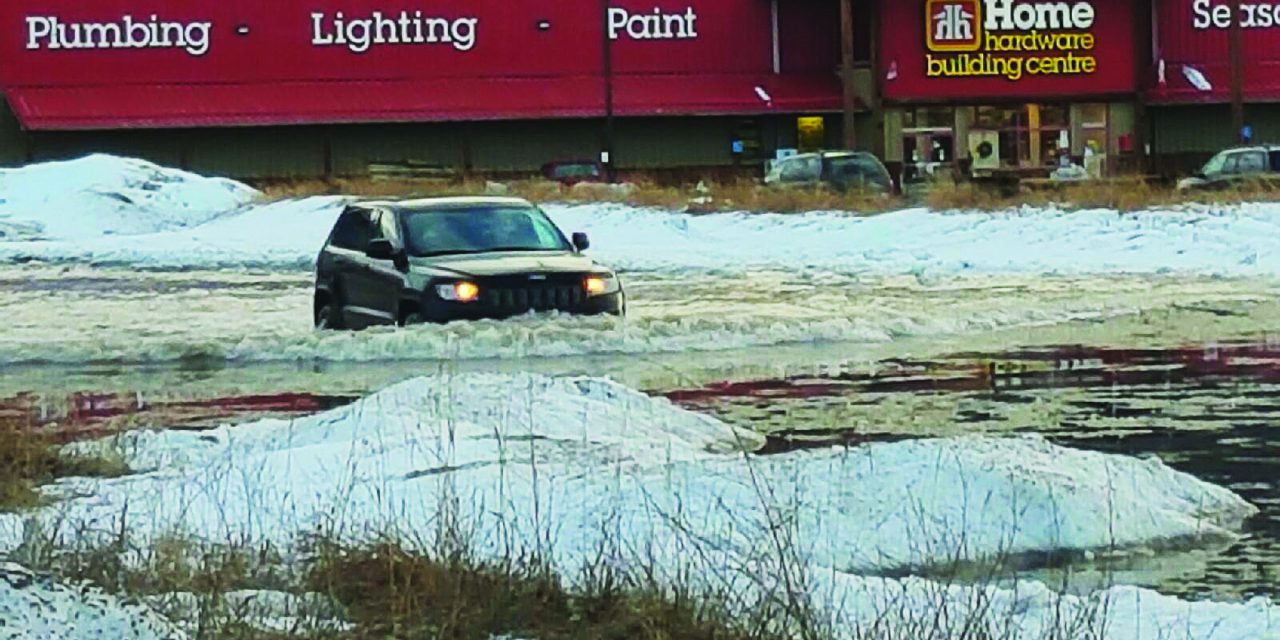 Rapidly melting snow created a mini-lake on the road leading into Invermere Home Hardware last week, in what could be a portent of spring flooding to come elsewhere in the Upper Columbia Valley following record snowfalls this past winter.

Every year, at some point in late winter or early spring, people heading to Home Hardware encounter a mini lake formed at a low spot on Arrow Road in between the store and Kicking Horse Coffee.

This year, the lake was back again, from Thursday, February 16th through to Sunday, February 18th, but thanks to the tremendous snowstorm that hammered the valley in early February it was considerably larger than normal, prompting the Shuswap Indian Band (on whose land Arrow Road and Home Hardware are located) to hire Helmer Construction Ltd. to help clear the waters.

It was certainly bigger this year than most. We had so much snow, and then it all went at once, said Home Hardware owner Al Miller. A lot of the land around us, especially to the north, is undeveloped, and theres not much drainage, except to come down our road to the low spot. So basically thats exactly what happens all the water from the north runs down to us and then it forms quite a lake. Some people have said its from the snow banks we have piled up in our parking lot, but that is not the case, since that all drains to the south. The lake was formed from water drain coming from the north.

Mr. Miller brought his concerns about the flooding this year to the Shuswap Indian Band and says he was greatly impressed by the speedy response.

They jumped on it right away, I was really pleased, he told The Pioneer, adding the Helmers came in with heavy machinery, including a frontend loader, a high-hoe to dig a trench to drain the lake, and some industrial strength pumps to help push the water off.

By Saturday afternoon we were back to normal, so I owe a big thank you to Helmers for working long hours and to the band administration for acting so quickly. It helped save the Alberta Family Day weekend for us, said Mr. Miller, adding that this may be last year for the lake.

From what I understand, the band is moving ahead with development of Arrow Road, which will likely result in good drainage all along the road, he said.

It (the size of the lake) does depend on the snow and conditions, but there are definitely some technical (drainage) issues, Ms. Cote told The Pioneer. We do have future development planned there, on Arrow Road, stretching from Home Hardware to the gas station. Well be looking at improving the drainage and other things like that there.

Ms. Cote said the work may begin as early as this spring or summer. 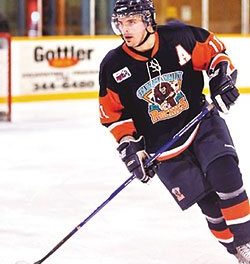 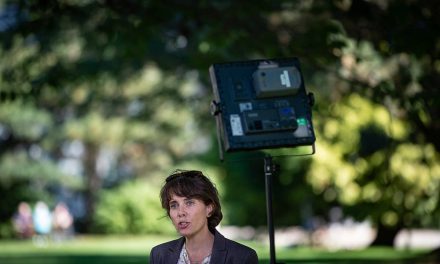 BC Greens pledge $1B for ‘comprehensive suite’ of mental health supports 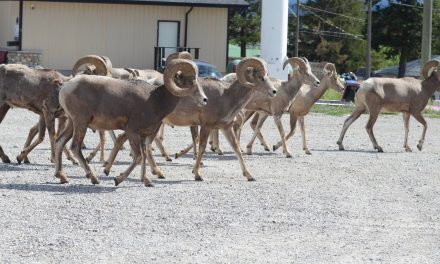