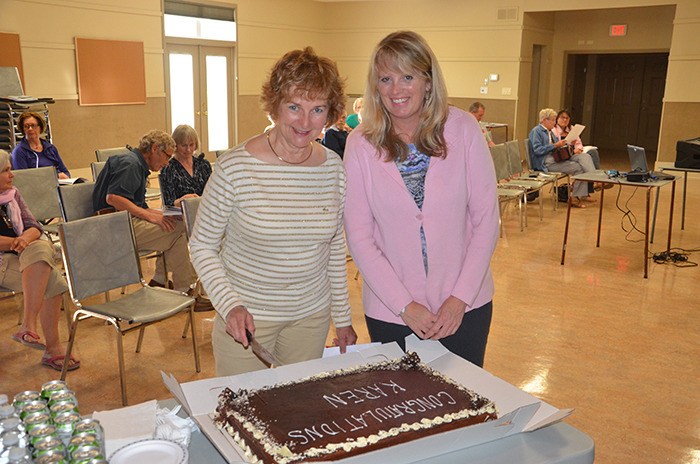 Area F director Wendy Booth made a brief presentation prior to a Monday, June 9th Area F town hall meeting in Windermere, thanking Taylor-Browne for her unflagging volunteer work in leading the recent efforts to upgrade the Windermere community hall and for being instrumental in the Windermere fall fair.

“She does all this without expectation of recognition or thanks,” said Director Booth.

“Of course, it’s an honour to be recognized this way. I just wish it was a shared thing,” Karen told The Valley Echo, adding she feels the award is a reflection of the importance of the community hall upgrades project to Windermere.

“Just because I’ve overseen it, doesn’t mean it’s something I could have done alone,” she said, counting off a long list of others who had contributed to the upgrades.

Karen was the official project manager for the upgrades and said the volunteer position kept her quite busy.

“It’s an ongoing project, and a big project, so it takes a lot of time. Obviously it’s quite a worthwhile project and our ability to operate the community hall is based on the outstanding community participation of Windermere residents,” she said.

Karen will be stepping down from her role as project manager sometime in the near future.

“The fireworks display has become a family tradition for many people,” said Director Wilkie. “Shawn purchases the fireworks and lights them off, and you can’t miss his house during December because it is arguably the most lit-up house in the valley, covered with thousands of decorations and lights.”

Shawn has volunteered for the Wilmer Waterworks District for more than 10 years and is also involved in the Community Club and has put many volunteer hours into the Wilmer community hall renovation. 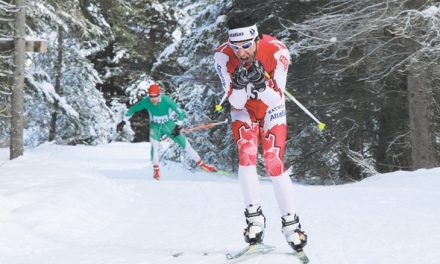