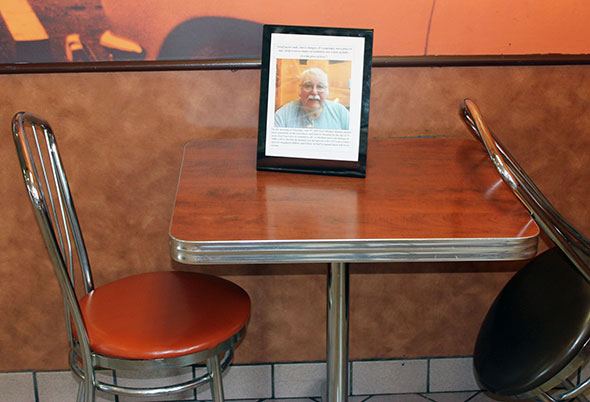 IN MEMORY OF At the Invermere A&W, a memorial marks the table regularly used by Earl Hanson. Photo by Kevin Nimmock

The valley has lost an old friend. Earl Hanson was well-known by staff members and regular customers alike at the A&W in Athalmer.

On July 9th, he passed away at the age of 75. Less than a week before, he visited A&W as part of his daily routine, telling the staff he would not be back at his regular table by the window, but that he truly appreciated his time around the restaurant.

We are grieving part of our family, said Pam Nielsen, who works at A&W. He came in every day.

For more than 10 years, Earl would spend hours at A&W, chatting with anyone around. Ms. Nielsen said as long as there was someone to talk to, Earl would stick around, sometimes staying for four hours.

He was born and raised in the valley, so he had all these stories about how the valley changed over the years, Ms. Nielsen said. He brought a lot of colour to the place.

Ms. Nielsen said Earl would not be soon forgotten by their staff because of his vibrant personality and his consistency as a fixture of the A&W experience in Athalmer.

Everybody had stories about Earl, Ms. Nielsen said. We are missing him big time.

At Mr. Hansons regular table, a small memorial marks his legacy as an honoured A&W customer. One of the two chairs at the table has been left tilted down. Mr. Hanson sat alone, but he was a beacon of light for anyone who wanted to grab a coffee or a root beer, sit in the vacant chair, and have a chat.

I think it is the fact that it is an endless cup of coffee and you can just sit here and enjoy everybody, Ms. Nielsen said. One person would leave, and Earl would talk to the next one. 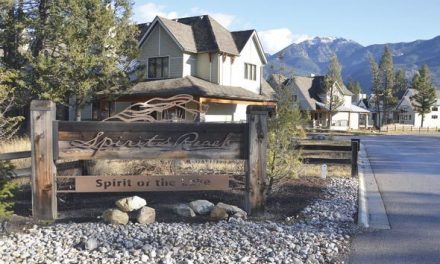