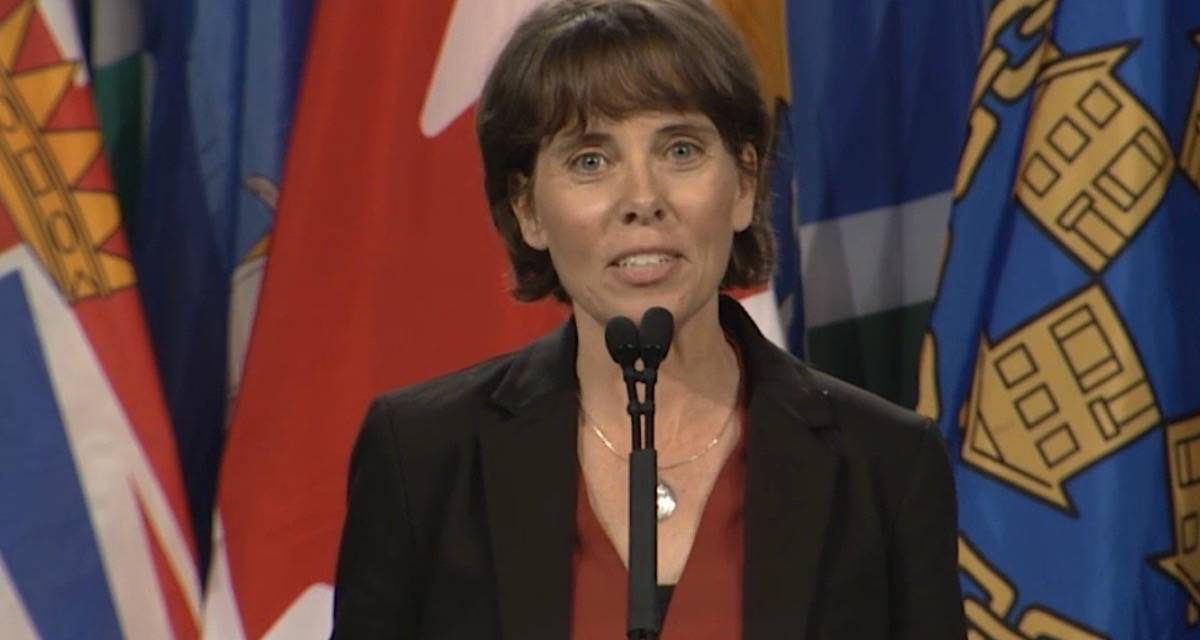 NDP leader John Horgan is walking away from his environmental agenda and his justifications for a surprise fall election “have no basis in fact,” B.C. Green Party leader Sonia Furstenau says.

“I am speaking to you 10 days into my new role as leader, nine months into the global pandemic and four days into the most unnecessary snap election campaign imaginable,” Furstenau told local government delegates to the Union of B.C. Municipalities Sept. 24.

Horgan has repeatedly blamed the B.C. Greens for destabilizing his minority government so that he had to call the Oct. 24 provincial election a year early, violating his signed agreement with the Greens. Speaking by video conference from the UBCM convention at the Victoria Conference Centre, Furstenau reminded mayors and councillors from around B.C. that she met with Horgan days before the election call and promised she and fellow Green MLA Adam Olsen would continue supporting the NDP government until October 2021 as their 2017 post-election deal stipulates.

The NDP and Greens worked hand in hand on multiple projects, the most prominent being a greenhouse gas emissions reduction plan dubbed CleanBC.

“Because of the NDP’s approval of the heavy emitting LNG Canada fossil fuel project, B.C. is miles off track from its legislated greenhouse gas reduction targets, and the CleanBC plan remains only 75 per cent complete,” Furstenau said. “That work, to bring it to 100 per cent, was due to be completed this fall.”

A long-time NDP supporter, Furstenau won her Cowichan Valley seat for the B.C. Greens after a long battle as a regional district director over a contaminated soil facility near Shawnigan Lake. The B.C. Greens’ 2017 breakthrough to go from one seat to three, and increase popular vote across the province, was largely at the expense of the NDP, which timed its election call while Furstenau was just beginning to build a team that would seek candidates for all 87 B.C. constituencies.

Furstenau noted that Horgan, former health minister Adrian Dix and others have repeatedly praised the cooperation of the B.C. Greens in the past three years, including in a government news release on Furstenau’s work on early childhood education and the response to the pandemic.