B.C. health authorities acknowledge racism and discrimination toward Indigenous people have recently been flagged as an area of concern by provincial health authorities.
On Dec. 1, a report entitled “In Plain Sight: Addressing Indigenous-specific Racism and Discrimination in B.C. Health Care” was released in a joint statement by Interior Health, Fraser Health, Island Health, Northern Health, Providence Health Care and Provincial Health Services, and Vancouver Coastal Health to raise awareness about the issue in partnership with the Ministry of Health.
The purpose of issuing the report was to raise awareness about widespread Indigenous stereotyping and racist discrimination that occurs within the provincial health-care system.
The joint statement included a written apology to Indigenous people who have had poor experiences in health care facilities and for those who did not receive action when wrong-doings occurred as well as acknowledgement of Indigenous employees and physicians that may have experienced discrimination.
According to the Interior Health Authority (IHA), there are nearly 9,000 Indigenous people and health-care workers who have shared stories and experiences that call for change in the medical sector. IHA remains optimistic the report may serve the provincial health care providers as a blueprint for change.
IHA indicated that racism and discrimination have no place in provincial programs and services or any healthcare facilities.
Te’ta-in (Sound of Thunder) Shane Pointe, the Knowledge Keeper for this historic report, has called upon all B.C. health care representatives to “bring dignity to those who have not been afforded it” in a recent press release.
When asked for response to the announcement, the Shuswap Indian Band Chief Barb Cote and Danielle Armstrong, the SIB health director, were unavailable for comments before the Pioneer went to press.
Akisqnuk First Nation Chief Ryan Nicholas believes the desire to change may have been spurred by the growing stressors of life during the COVID-19 pandemic.
“One thing I noticed from the beginning of the pandemic was the lack of communication from First Nations health and IHA,” said Nicholas, noting the communications about public safety procedures and prevention techniques was poorly communicated to First Nations communities and reserves. “I think the communication with the First Nations communities and reserves was very lacking.”
In spite of the communication challenges that occurred early-on in the pandemic, Nicholas remains optimistic about taking a stand and making change within the community through his new role as chief. He recognizes that there are many visitors in the Columbia Valley and at the band office in Windermere.
“We’re getting lots of funding rolling in for COVID-19 right now, and we’re putting in some different procedures in right now, and we’re looking for a COVID-19 advisor to work directly with our community,” he explained, noting the delegate would focus on providing safety measures at the Eva Joseph Learning Society, the all nation’s recreation centre, the band office and all of the ongoing construction sites located in the community.
Nicholas indicated that prior to the election, he worked directly with ThinkBrite Homes and appreciated the presence of hand sanitizers and face masks provided there, so Nicholas hopes the community could echo the same message for all band members.
“I see some pluses coming in and that’s where I stand right now,” he explained. “But it was very frustrating the way that the communication with the First Nations Health Authority (FNHA) was at the beginning of the pandemic.”
He remains optimistic that the FNHA and the B.C. Assembly of First Nations (AFN) will continue to provide strong updates to all Indigenous people.
“We are people. We have people in our communities that we have concerns about,” explained Nicholas, adding that he hopes vaccinations will be distributed on reserves when safe to do so. “We are human. We should get acknowledgement on the community vaccination programs.”
He indicated that the Akisqnuk First Nation would support vaccination programs on the reserve if offered.
“Our community has caucasian people working in our community health unit, and from what I know, our health unit is one of the top in the nation,” explained Nicholas. “They do very good work. When the pandemic started, and our band office went through such a chaotic summer the last six months or so, but they stayed open the whole time and provided (medical services) for the community in the way it should’ve been run. It’s a total care team, and there’s lots of good communication in the health centre.” 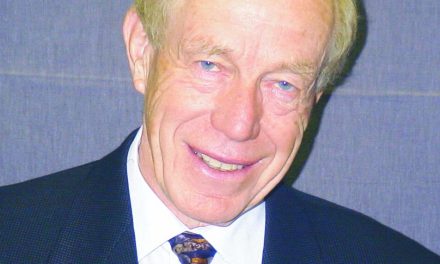 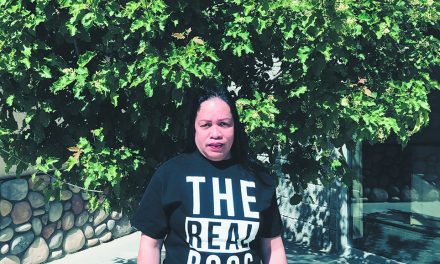