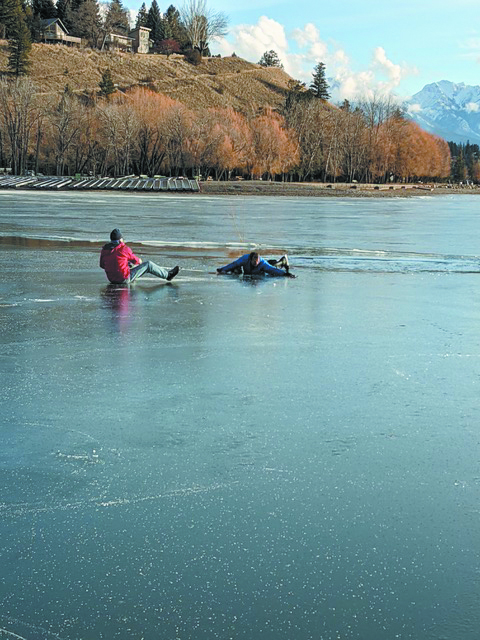 Ice skaters and others out recreating on frozen Lake Windermere take heed: a large pressure crack stretching from Fort Point out towards Timber Ridge has formed, leaving a little open river in the midst of the otherwise solidly frozen lake, as well as a large, open hole just off Timber Ridge.

The possibility of falling in is real enough, particularly if you happen to be out skating at night, as many locals and visitors do. This is exactly what happened to one local Invermere woman, who went from gliding on ice to being in the water in the blink of an eye on the night of Thursday, Dec. 17.

The woman, who was willing to share her story with the Pioneer but did not want her name used out of embarrassment over the whole incident, has lived in Invermere all her life. She had just dropped her kids off for hockey practice, before walking down to the public lake access by the Bayshore condos, lacing up her skates, strapping on her headlamp and heading out for a peaceful hour of skating. Sticking relatively close to land, maybe 100 metres out at most, she followed the shoreline around from Bayshore in the direction of Kinsmen Beach.

Not far into her skate, partway around Fort Point, she came to what in the dark appeared to be a large puddle sitting on top of the lake ice. These are common enough on Lake Windermere, particularly in late February and March, and it made sense that there would be a puddle on the lake that night: although the ice was thick and safe, it had been quite warm all day — six degrees Celsius in the afternoon, in fact — and even now at night the temperature was still above the freezing mark.

The woman had seen, and indeed skated through these puddles, many times previously. “I didn’t think I was doing anything dangerous. It is something I’ve done before a lot — you just go through the puddle,” she said.

She stopped at the edge of the puddle, scanned it as much as she could with her headlight in the dark, then put one foot down, testing the ice. It held, so she pushed forward, gliding on her skate.

“I went forward with a glide, and then all of a sudden I was fully in the water. It wasn’t a gradual thing, or the ice breaking, it was just ‘bam’ and I was in the lake, in the dark. It was deep and I couldn’t touch the bottom,” she said.

The woman heard people walking or skating in her direction from Kinsmen Beach, and could see their headlamps bobbing in the darkness, and so began yelling loudly, calling for help, screaming that she’d fallen in the water. There was confusion. The woman wasn’t entirely sure the people could hear her. She remembered her lifeguard training from years before, and willed herself to remain calm. She turned her body around, facing the direction she had come from, the direction where she knew there was solid ice. She could feel her waterlogged skates, incredibly heavy on her feet. Still calling for help, she swam. Except you can’t really swim when you are in a lake at night, in skates and thick winter clothing.

“It was more like thrashing,” the woman recalled. She managed to reach the edge of the ice, where she had gone in. She pulled her hand up out of the water, put it on the ice, and pushed down to test if it would hold her. The ice broke away under her hand. She tried again. Again the ice broke away.

“The ice kept breaking until finally it was thick enough that it would hold my hands, would hold me. So I army crawled out,” said the woman.

The would-be-rescuers were by now getting closer, and the woman kept calling to them, letting them know what had happened. She was out of the lake, but sopping and still out on the ice. The woman stood up, and slowly skated back to Bayshore, soaking wet, more than a little sore and freezing cold.

Once back at shore, she ran into a friend, who promptly helped her, driving her home to get warm again. Adrenaline surely kicked in during the ordeal, the woman figures, because it wasn’t until the next day that she noticed how bruised, cut and sore her legs actually were.

“The whole thing felt terrible, but considering what happened, I’m pretty lucky. It could have been a lot worse,” she said, adding she had seen a family with kids and a stroller coming in off the lake just as she headed out. “It could have been them, with the kids and stroller.”

Lest you think the woman was not cautious enough or was foolish, think again. Hundreds of people have been out on the lake skating so far this year, and the woman was not among the first on the lake. “I saw everybody go out, and I thought it was too early,” she said. Indeed one of the woman’s co-workers attested to the Pioneer that the woman is resourceful, quick-witted, exceptionally fit, and cool as a cucumber in an emergency. In other words, if this woman can fall in the lake, pretty much anybody can too.

On Friday, Dec. 18, in response to the incident, the District of Invermere put a post on Facebook, warning people about the potential for unstable ice between Kinsmen Beach and Fort Point, and advising people not to go out skating alone and not to skate after dark.

Then on Saturday, Dec. 19 another skater went into the lake, this time into a large open hole by Timber Ridge, in broad daylight. A local couple, who also did not want their names used, out of modesty, was skating in the area some distance behind another man, who was out skating alone. The couple watched the seemingly oblivious man skate right into the hole, then quickly rushed to his aid.

“He just simply wasn’t paying attention. He was skating along, there was a huge splash. Then we saw him thrashing around in the lake,” the couple told the Pioneer. The man had been carrying a hockey stick, but lost it when he fell in the lake. He tried to pull himself back onto solid ice, but his jacket kept catching on the jagged edge of the ice.

The couple had come prepared for emergencies, and had brought homemade ice picks and a rope with them. They threw the ice picks to the man, but he was unable to use them, so the couple tossed the man the rope and then pulled him out.

“The guy was pretty cheerful about it. He actually joked ‘that was quite refreshing’,” said the couple. “But it wouldn’t have been funny if he’d been stuck in the water for a while. The cold water really sucks out your energy quickly, and it can be hard to get purchase on the ice to haul yourself out. It’s a good idea to carry a Swiss army knife or something you can poke in the ice to get a grip, if you need to. Even if you have something like that, it can still take a lot of upper body strength to get out.”

Whiteway maintainer and local lake ice expert Brad Kitching had just been out at the site where the woman went into the lake about half an hour before the Pioneer spoke to him on Friday, Dec. 18, and he outlined that it was the pressure crack that often forms in the ice between Fort Point and Timber Ridge that she fell into.

The ice on the lake move in plates, much like tectonic plates on the earth’s crust, and most winters, a ‘fault line’ forms where the smaller plate of ice that fills James Chabot Bay and the larger plate of ice filling the rest of the north end of the lake pound together.

“This year, the ice is being pushed down there, not up,” said Kitching, adding he doubled check the ice in the area and found it to be uniformly eight inches thick on either side of the crack. “It is also eight inches almost everywhere else on the lake, so it’s good and safe to be on. Everywhere except right at the crack,” he said, quickly adding, “But that said, we are scheduled to get temperatures up to 10 (degrees Celsius) and high winds on Sunday (Dec. 20). So that’s a bit of a wild card, because the high winds can really put pressure on the ice plates.”

The hole at Timber Ridge where the second incident occurred also appears every year, and is also a result of the two ice plates colliding together, outlined Kitching. He added that a flock of about 20 coots (a duck-like water bird belonging to the rail family) has been hanging out in the open water in the Timber Ridge hole, and that the constant presence and movement of the birds can change how the water freezes or doesn’t freeze (since the water is being continually churned, instead of sitting still). He also pointed out that, at eight inches, the ice is not yet thick enough for vehicles or snowmobiles.

After talking with the Pioneer the first time, the woman went back to inspect the spot where she had fallen in, and reported back that the crack is much more noticeable in the daylight, but still added, “I can’t say I plan on heading out skating again any time soon.”

To learn more about how to self rescue yourself after falling through the ice, visit https://www.youtube.com/watch?v=QKpAzvXSldA. 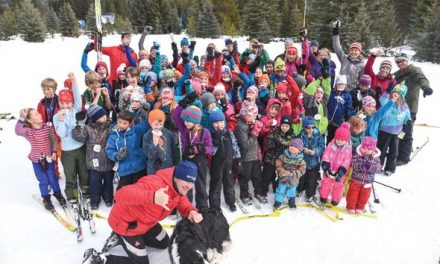 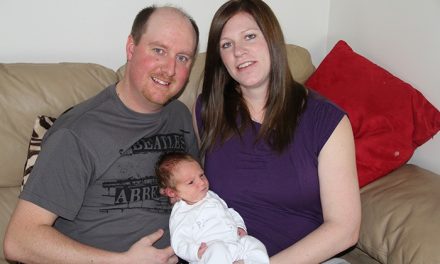 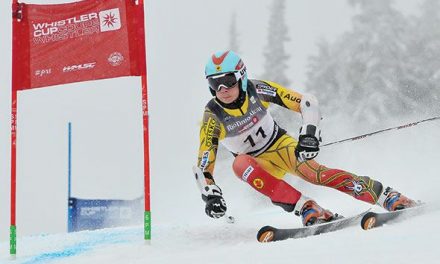