By Greg Amos and Kate Irwin

Five buildings in the uninhabited Columbia Eagle condominium block in Fairmont have been destroyed in a highly suspicious blaze on the morning of Saturday, December 22nd.

Fairmont firefighters received a report of a single building on fire at about 10:30 a.m., he said, and by the time they reached the scene mere minutes later from the Fairmont fire hall, three buildings were involved in the inferno. A total of five buildings were quickly incinerated in the blaze.

Huge plumes of thick black smoke filled the air over the small community, as ash fell from the sky across town. The building is located on the west side of Highway 93/95 just south of the large Fairmont Hot Springs sign.

There were no injuries as a result of the blaze, confirmed Mr. Miller.

Four fire trucks two pumpers from Fairmont and two tender (tanker) trucks from Windermere battled the inferno, which was located inside an area with a locked-off fence. The five buildings inside were built to the lock-up stage (about 50 per cent complete) several years ago, but have since stood as unfinished projects.

With totally exposed wood left to dry out for several years, the buildings burned like matchsticks, said Mr. Miller. The suspicion of arson is highlighted by the fact the buildings have no electricity or services of any kind, he added. There are fire hydrants within the subdivision, but they were not functional.

Firefighters filled water bladders to maximize water flows with which to battle the blaze, which produced a powerful heat felt by a small crowd of onlookers gathered with phones and camera in hand taking photos from the highway.

The building’s owner, who has family in Fairmont, was on the scene, and did not have insurance on the buildings, which were set to resume construction soon.

This is the ironic part of it, said Mr. Miller. There have been jeers about these buildings being an eyesore, but they were to start up again in January.

Columbia Valley RCMP have begun an investigation, and are interviewing witnesses to the blaze.

The investigation may be hampered by the extreme heat, which has destroyed anything that could be used as evidence.

The still-smoldering building foundation will be torn up by a backhoe immediately, so fire crews can wet down the ashes to prevent any possible flare-ups, said Mr. Miller.

EDITORIAL: Damocracy appears to be guiding the Site C show

Annual Spilli Chili Cookoff about to boil over 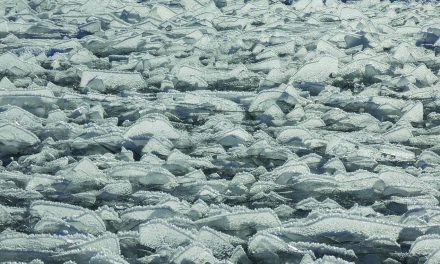