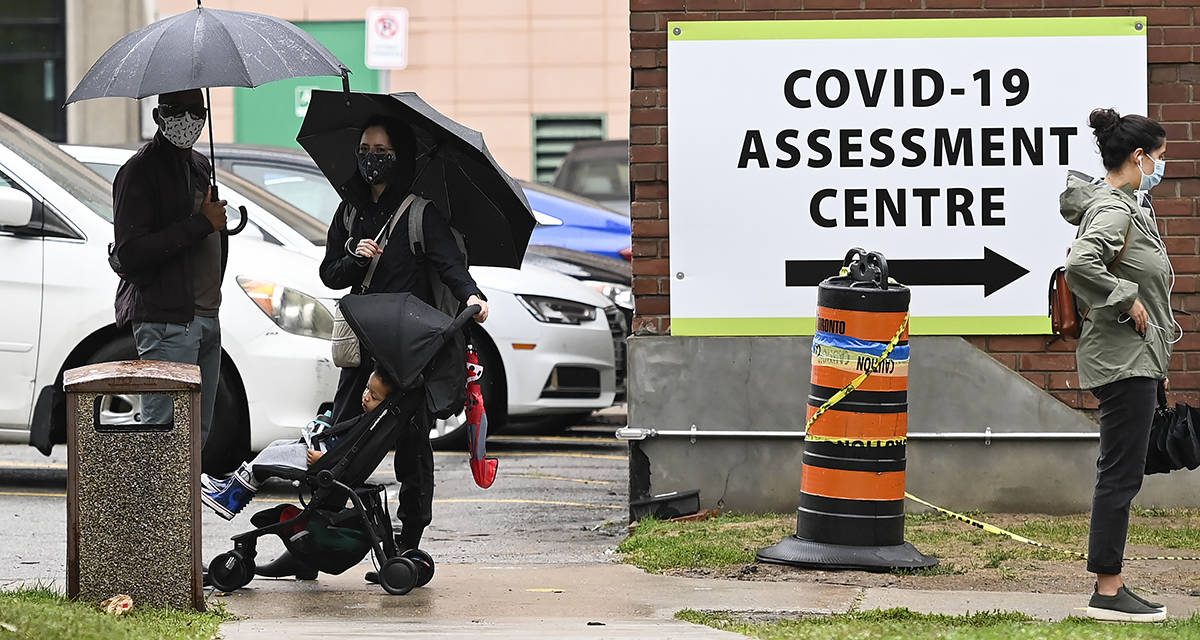 Canada’s top doctor said the country’s daily active cases have tripled in the past few months, just one day after she said the country was at a “crossroads” with its handling of the pandemic.

Active cases in Canada hit 10,525 as of Wednesday (Sept. 23) morning, just before Prime Minister Justin Trudeau is about to address the nation on the topic, just after Governor General Julie Payette’s reading of the Throne Speech in Ottawa.

“Since our last modelling update in mid-August, the national daily case count has been increasing at an accelerated rate,” Dr. Theresa Tam said in a statement. “Over the past seven days, an average of 1,123 cases were reported daily, compared to 380 cases reported daily in mid-August.”

Tam said that at Canada’s current rate of new COVID-19 cases, “he situation is on track for a big resurgence in a number of provinces.”

British Columbia has seen an average of well 100 new cases daily over the past week and set a record of 165 daily cases reported on Sept. 17. In contrast, the week of Aug. 17-23 saw an average of 85 daily cases.

Tam repeated her warning to young people, who have made up the majority of recent cases.

“While COVID-19 tends to be less severe among young people, ongoing circulation of the virus in younger, more mobile and socially connected adults builds a reservoir for the virus,” she said. “This not only increases the risk for spread to individuals and populations at higher risk for severe outcomes, but it threatens our ability to keep COVID-19 at manageable levels.”

Tam urged Canadians to shrink their social circles and adhere to measures including physical distancing, washing or sanitizing their hands, wearing a non-medical masks when distance cannot be maintained and staying home when they have symptoms, even if they are mild.