Canada’s most famous astronaut lands in the East Kootenay 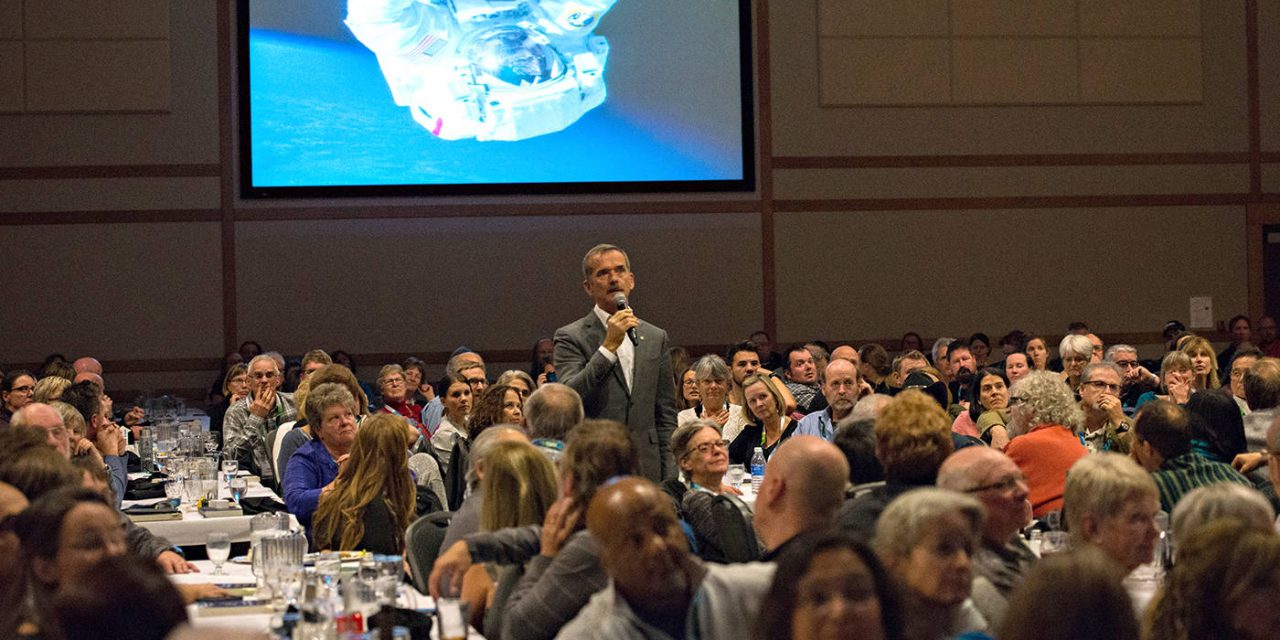 Mr. Hadfield, who was the first Canadian to make a space walk and served as the commander of the International Space Station, was in Kimberley last weekend, giving the keynote speech at the Columbia Basin’s SHIFT! Thriving in Change symposium, and took time to deliver additional talks with local students and the public.

During a conference call with regional media on Friday, October 13th, Mr. Hadfield outlined that a major part of this post-astronaut career involves speaking with youngsters across the country, in smaller and remote communities as well as urban centres, with the aim of inspiring them.

“I want people to be aware of all the opportunities available to them in this country, hopefully that’s the message people take away,” he said.

Mr. Hadfield detailed the effect the moon landing had on him when he was a 9 year-old living on a farm near Sarnia, Ontario, saying it took something that had previously been only in the realm of fantasy or science fiction and turned it into a reality, one that he could aspire to, and “that really changed my life.”

“Imagine if some of the X-men were to walk into this room right now,” he said. “And now (being a superhero) is no longer pretend. It’s real. It changes (as a kid) your perception of who and what you can be.”

Mr. Hadfield said he believes students in remote locations such as the East Kootenay have just as much opportunity as their peers in big cities to achieve goals such as being an astronaut, in part because of our digitally connected modern society, and that students’ perceptions of what they can and can’t do are often driven more by age than by geographic location.

The former astronaut spoke about the impacts of viewing Earth from space, saying it allowed him, for the first time to see the planet as a whole ecosystem.

He also talked about what the East Kootenay specifically looks like from far, far above, saying that although some of the older volcanoes closer to the coast, such as Mt. Hood and Mt. Baker, have unique shapes and can be picked out individually. The mountains here are, unfortunately not particularly distinct as seen from the Space Station, seeming as “a crumbling of rock crust, with a fundamental shape that repeats itself.”

Mr. Hadfield did hasten to add, however, that while the peaks may not be so distinctive, the valley bottom of the Trench, so much lower than everything else around it, and running all the way from south of the border up into B.C.’s north, is unmistakable.

“It’s such a deep cleft in the rock,” he said, adding this helps it stand out. “Especially at dawn and dusk, you get those deep shadows. It’s quite three dimensional.”

He also pointed out that, from the Space Station, the view of the Kootenay region lasts about a minute, and indeed it only takes about 10 minutes to go right across Canada.

“It’s like going through a midway in 10 minutes and when you come out, everybody asks ‘did you see it all?’” said Mr. Hadfield.

The former astronaut also spoke about recording music in space (his famous cover of David Bowie’s Space Oddity was a social media phenomenon, and two years after returning to Earth, he released a full album of songs at least partly recorded on the Space Station), pointing out he’d been a musician his whole life.

“Space travel isn’t just scientific and technical. It’s human. Otherwise we’d send robots to do it,” he said. “Expressing it musically allows people to feel it differently, more completely. They get a sense of the magic of it, of the grace of weightlessness.”

For Mr. Hadfield, taking the idea of space travel and turning it into sound, was simply another way to connect with Earth-bound people.

“So people intrinsically get it better (as music), so they don’t have to go everywhere you’ve been to learn what you have,” he said.

There’s plenty left for humans to do in space, according to Mr. Hadfield, not least figuring out if there are or were other life forms elsewhere in space.

“Are we alone in the universe or not? It’s an interesting question, because it should inform what we do,” he said. “If we find that tube worms may be on a moon of Saturn, then we know the universe is full of life. Which I think existentially gives us more insight into who we are.” 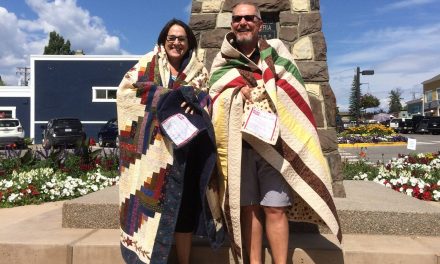