District staff and council members have been up to tour the site as part of the previous Committee of the Whole meeting several weeks prior, where they learned that work on the parking lot and a road to it had already begun.

“I don’t support the land being used that way,” said councillor Spring Hawes, during discussion of the application at the June 24th council meeting.

A report on the matter prepared for council by district staff had recommended not supporting the application, pointing out the developers’ proposed use of the land was inconsistent with both Invermere’s official community plan and the Imagine Invermere integrated community sustainability plan. The report also noted that the hayfields on the ALR land in the application have not been used as hayfields for some time and that, as development in Castle Rock has progressed, parts of the fields have been used as dumping areas for excavated fill and debris.

“All of our policy does not support CastleRock using this land to make a parking lot,” said councillor Paul Denchuk, adding he has heard one rancher make reference to the specific piece of land, saying you can’t graze cows there, but has also heard another rancher say that, in fact, you could graze cows there.

“To me, the reasons given on why it shouldn’t be in the ALR and should be a parking lot were fabricated,” said Mr. Denchuk. “We don’t have a lot of ALR land in our boundaries. It is important.”

Several councillors also took issue with the company starting work on the land well before the application was made.

Councillor Greg Anderson said he was troubled that CastleRock skipped due process and went ahead with work before making its application. By the same token, the ALR land in question is only 1.7 acres and is well hidden from view, he said.

“The cost to remove the fill and return the site to its original state is unrealistic. And the CastleRock community does have a need for that parking space,” said Mr. Anderson. “The 1.7 acres is just the tip of a larger section of ALR land, (the parking lot) doesn’t break up that parcel into small pieces.”

Ms. Hawes said it was a matter of principle ? that agricultural land should be protected and that the developer should not have begun work before getting approval.

“I’m absolutely opposed to somebody making free with the policies and regulations we have in place. There are other opportunities and places for CastleRock to provide that parking space,” she said.

“I don’t think it’s as big a deal as you’re making it out to be,” said councillor Justin Atterbury to Ms. Hawes and Mr. Denchuk, adding the developer

has indicated the possibility of using another part of CastleRock land for agricultural purposes in exchange for being allowed to build the parking lot on the specific spot where the work has started.

“I think if the developer is willing to trade, there’s no net loss of land and the whole thing is a net benefit for CastleRock residents,,” said Mr. Atterbury.

Ms. Hawes said that, from her understanding, only a temporary exchange had been offered, and that it would be different if the developer were to offer a permanent change.

“Where do you draw the line? For sure the developer is going to come back and ask for more (ALR non-farm uses) in the future,” said Mr. Denchuk. “The only reason they need this parking lot is that (CastleRock residents) are not allowed to park their boats and trailers in front of their homes. That to me is crazy.”

Mr. Denchuk later told The Valley Echo that, based on council’s tour of the area several weeks ago, it seemed work on the parking lot may have begun quite some time before the application was made. He also added that he suspects the developer may have been well aware of the need to submit an application before work began, but simply didn’t do it.

“There are countless acreages within the ALR in the valley that see zero agricultural activity,” said Invermere mayor Gerry Taft. “When it comes to protecting agriculture in this area, I don’t think this is the hill to die on. I don’t think (the 1.7 acres) is prime agricultural land and I don’t think it will revert to being productively used for agriculture if we vote against the application. If we do vote for it, a few people will park recreational vehicles (RVs) and boats on a spot where nobody else will notice. There’s no reason we shouldn’t try to build a good relationship with the developer.”

“The only relationship we’re supporting with this is a do-first, then-ask relationship. I can’t support that,” replied Mr. Denchuk.

“There are sometimes more things to consider than the idea that the ALR is sacred and can’t be touched. Sometimes there’s too much focus on the ALR,” countered Mr. Taft.

“Sometimes there’s too much focus on parking lots,” shot back Mr. Denchuk.

Council voted three-to-two to support the CastleRock Estates Ltd. Partnership application, with Mr. Taft, Mr. Anderson and Mr. Atterbury voting to support it, and Ms. Hawes and Mr. Denchuk voting not to support it. 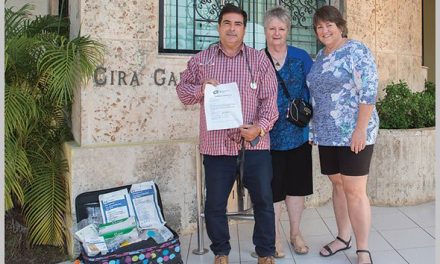 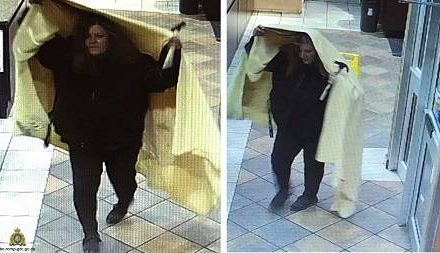