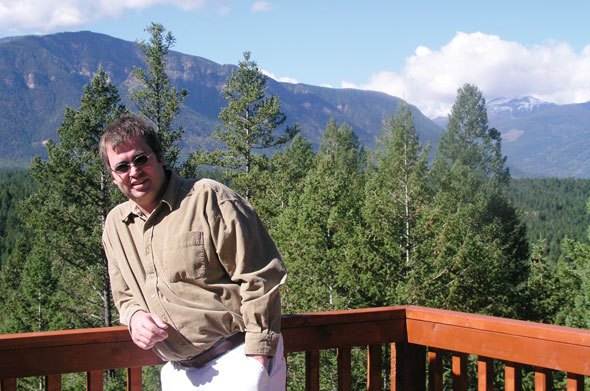 DECKED OUT Developer David Behan enjoys the view from a home in Castle Rock in this 2003 photo. File photo

Editors note: this is the first in a two-part series on road issues at the Castle Rock subdivision.

Drivers were forced through single-lane traffic along Westside road for months over the summer, as repairs to Castlestone Boulevard, the road leading up to the Castle Rock subdivision, were made after a washout during the previous summer.

Heavy rains in June 2012 severely damaged parts of the Castle Rock community, including the

access road, which was less than ten years old.

How can an engineer approve this and have it fall down within a relatively short period of time? District of Invermere councillor Paul Denchuk said to The Pioneer. We have some

serious questions about it.

He said the estimated cost for the recent repairs is $250,000, and saw its funding come from the districts general revenues.

Mr. Denchuk is satisfied that the necessary repairs were made to the road, but wants to make sure the district avoids similar problems in the future.

I know we used local contractors, and in dealing with large infrastructure projects like this I think its a pretty good price, but Im not okay with taxpayers paying for it, he said.

Invermeres chief administrative officer, Chris Prosser, said that no changes have been made to the districts approval process because of the washout, but said he cant comment on whether or not there was on oversight, as he was not an employee in the mid-2000s when the project was given the green light.

The night that failed was one of our largest rainfall events and [the washout] was a catastrophic failure, he commented.

Last August, the district was reviewing whether the construction matched the design, as costs could be recuperated if the road was poorly built. But there was no subsequent action.

Mr. Prosser said that engineers were working on both sides of the approval process, both for the district and the development company.

David Behan, who owned the development company which built the road, said that the District of

Invermere never made any contact with him after the projects

I did not hear from the district in any way, shape or form, he told The Pioneer.

He believes the heavy rainfall alone didnt bring down the road.

It was lack of maintenance by the District of Invermere that role was passed over to the district in 2005 or 2006, he said, adding that roads on such a steep grade require greater attention.

If you dont maintain them and you get a major rainfall, then this is what happens.

Theres no merit in that, he said. He doesnt know anything that hes talking about. There was a major rainfall and the design of it led it to potentially fail.

Mr. Prosser said that the district has contacted engineers on record, but said that Mr. Behan is no longer involved with Castle Rock Estates.

When the role of maintenance was passed over to the district in mid-2000s, the project was approved by Invermeres director of public works. That position has since been eliminated from the district, and the responsibilities are now handled by the chief administrative officer.

We dont have a certain level of expertise in that department now, Mr. Denchuk said. A director of municipal works would have an engineering background in

Its a bit of a gap right now, and a previous council decided to eliminate that position to cut costs, he said. 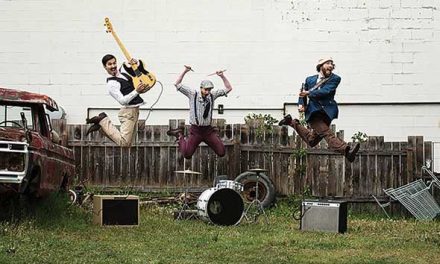 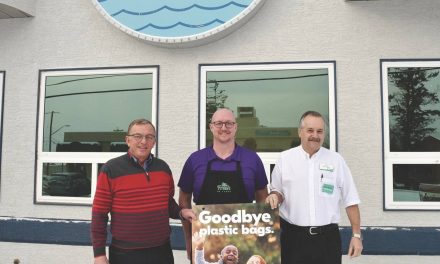