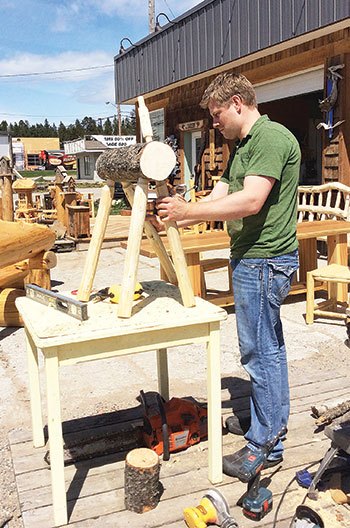 The Celebrity Artist Challenge is in full swing and contender Gerry Taft, mayor of Invermere, teamed up with The Cross Roads Collective for a woodcrafting project in his bid against his political counterparts.

Showing him the woodworking ropes were Jessie Blakley and Kyle Burley from the Invermere wood artisan collective. With direction from the pros, Gerry applied his artistic abilities to create a deer figure out of wood.

Asked about his choice of specimen, Gerry said it was a little tongue-in-cheek, offering a refreshing attitude upon ever-lasting controversy.

If anything, its just trying to show that I have a sense of humour about issues that are contentious, he said. Not everything has to be taken so seriously all the time.

Though Gerry had no woodworking experience before taking part in the challenge, Jessie said he was a natural.

Ive seen him behind the ice cream counter and at the council chambers, but Ive never seen him with power tools before, she said. He did everything on his own it was a nice surprise.

The Celebrity Artist Challenge has pitted Gerry against his mayoral counterparts from Radium Hot Springs and Canal Flats Dee Conklin and Ute Juras respectively. Each mayor teamed up with local artists to create the piece of art that best reflects living in the valley. Mayor Conklin collaborated with Bavin Glass to form a flower vase, and Mayor Juras was paired with Columbia Ridge Pottery to make a knitting bowl.

Before the mayors prepare for the upcoming municipal elections in the fall, theyll be focusing their electoral strategy on earning the most votes for their artwork. Its more than glory for the winner a substantial amount of cash will be awarded to the charity of their choice. Gerry is supporting the Windermere Valley Museum while Dee is backing ICAN and Ute is hoping to help the Columbia Valley Hospice Society.

The selected charity will receive a $500 donation made by realtor Wende Brash to heat up the contest. Ballots cost $1 each and can be cast where the art is on display (and at the Invermere Farmers Market). Gerrys deer has been set up at his business Gerrys Gelati in Invermere; Dee has her vase at her CasaVino Wine Bar in Radium, and Utes knitting bowl is on display at the Discovery Centre in Canal Flats.

Gerrys art turned out better than both he and Jessie had expected. The deer was crafted to resemble the mule breed, and its posing in a snarky manner, he said.

Hes a little confused Im not sure if he should be smiling or not.

Whether or not Gerry wins the contest, his art work can still be yours. The deer he made will be given to the highest bidder in a silent auction at the Tour of the Arts on Sunday, August 3rd the same day the Celebrity Artist Challenge winner will be announced. 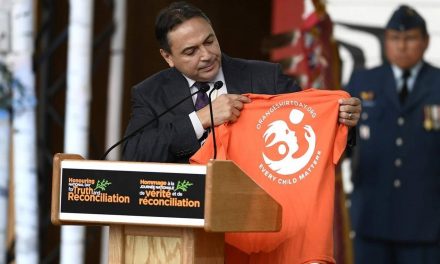 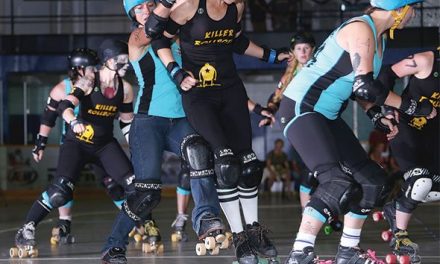 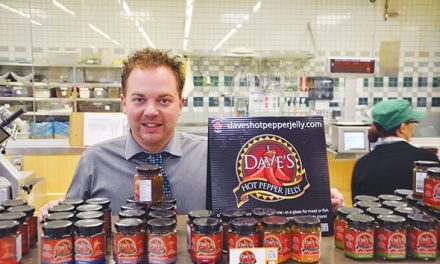