Unofficial results are in for this past weekends municipal elections, and the valley has voted resoundingly to keep things the way they are, with incumbents returning to office in every race.

Its a great feeling to be able to continue representing the residents of Area F. Im looking forward to working with all the community groups to be the best we can be, said Ms. Booth. I appreciate and thank all those that took the time to vote, and thanks to Andrea Dunlop for putting her name forward.

Its been an interesting ride (running for office), said Ms. Dunlop. I congratulate Wendy. I hope she has a good four years and that she keeps the importance of a publicly-owned water system (for Windermere residents) and the value of the abattoir to the valley in mind.

In Area F voting, Ms. Dunlop came out ahead at the Windermere and Columbia Valley Chamber of Commerce polling stations, while Ms. Booth came out on top at the Fairmont polling station, and in mail-in and advance voting.

Im excited, of course, and looking forward to working with the new council to finish our ongoing projects and start new ones, said Ms. Juras, speaking of being re-elected in Canal Flats.

With Ms. Juras and Ms.Booth re-elected, the five Upper Columbia Valley seats at the RDEK board of directors will be almost unchanged, with Ms. Juras and Ms. Booth re-joined by acclaimed incumbent Invermere mayor Gerry Taft and acclaimed incumbent RDEK Area G director Gerry Wilkie. Even acclaimed new Radium Hot Springs mayor Clara Reinhardt (who takes over from outgoing Radium mayor Dee Conklin) is already a familiar face there, since she has acted as an alternate for Ms. Conklin at RDEK directors meetings in the past.

Voter turnout in Invermere the only valley municipality to go to the polls in both of the past two municipal elections was down dramatically from the 2011 election, with 760 of 2375 eligible voters (32 per cent) voting this year. In the 2011 Invermere election, which had two candidates running for mayor and 11 council candidates, voter turnout was 50.2 per cent with 1,112 of 2,213 eligible voters casting a ballot.

It feels good to be re-elected, said Mr. Atterbury. It was a good group of candidates, so whoever got in was going to form a good council. Well be able to continue with a lot of our projects and start new ones.

Its great to be back. I enjoyed serving the community before and I look forward to doing so again, said Mr. Miller. I want to dig in and start contributing right away.

In the Canal Flats councillor election, both incumbents in the running (Paul Marcil and Marie Delorme) also were re-elected. Although newcomer Erin Gornik earned the most votes, the other two non-incumbents were at the bottom of the poll. Results for Canal Flats were (elected) Erin Gornik (221 votes), Paul Marcil (211 votes), Marie Delorme (210 votes), Karl Sterzer (181 votes); and (not elected) Roy Webb (148 votes).

Ms. Juras said the new council is a diverse group and she looks forward to working with all of them.

I was happy to see how many people voted this election. And as for the number of votes I received, I am proud that so many put their trust in me for this term. I am excited to embark on this new adventure, said Ms. Gornik.

I am humbled to have been chosen by the people of Canal Flats to represent them as a councillor for the next four years. I will continue to be a strong ambassador of this community with a transparent approach, and an open door policy to listen to and act upon the heartfelt needs of all of the people, said Mr. Sterzer.

In the only school board trustee election vote in the valley that for Area Rocky Mountain School District 6s Trustee Electoral Area 4 (which is comprised of Canal Flats and RDEK Area F) voters also decided against change, bringing back incumbent Amber Byklum, who beat challenger Cory Stanbury 482 votes to 289.

I am happy and really excited to continue for the next four years, said Ms. Byklum, adding she wanted to thank the Village of Canal Flats for its overwhelming support.

Ms. Byklum, who is from Canal Flats, carried substantially more votes than Mr. Stanbury in Canal Flats, while Mr. Stanbury, who is from Fairmont, was ahead of Ms. Byklum in votes at the Fairmont and Windermere polling stations. The Trustee Electoral Area 4 vote had 805 of about 2471 eligible voters (33 per cent) turn out. 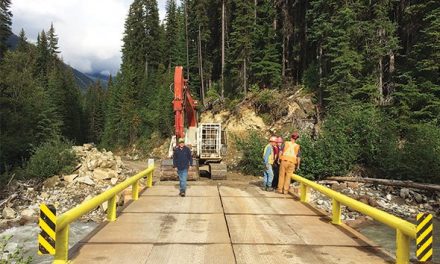 Multi-use construction could wrap up in May