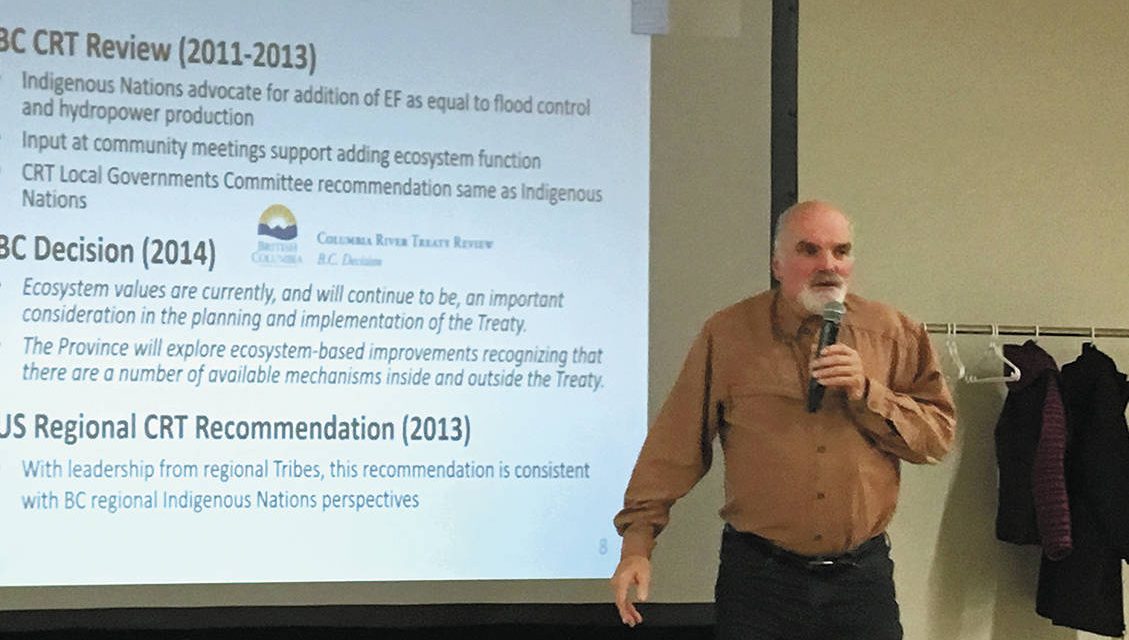 Valley residents and elected officials gathered at the Columbia Valley Chamber of Commerce on Wednesday, October 30th for an update on the Columbia River Treaty negotiations.

In the spring, the Ktunaxa, Syilx/ Okanagan and Secwepemc Nations received official observer status in the treaty negotiations.

Bill Green, the appointed observer for Ktunaxa Nation, said his role since he was welcomed to the negotiating table in June has been much more active than the ‘observer’ title implies.

“It was really exciting to have that change, but more exciting since then,” he said. “At first it was ‘oh, you can just be observers and sit in the background’ and then it got to be ‘oh, you guys are presenting.’”

First Nations have now presented on salmon and ecosystem restoration, and he said he is absolutely feeling heard as Ktunaxa’s official observer.

“It’s an amazing collaborative process on the Canadian side for sure,” he said. “It’s very meaningful participation.”

Nathalie Allard, the cultural lead for the Ktunaxa Nation Council, said it was crucial to include First Nations in the negotiations.

At the last treaty meeting for Valley residents in December 2018, participants called for First Nations to be included on the negotiating team and to acknowledge the impact the original Columbia River Treaty had on indigenous communities.

This time, Lyn Ponniah, a senior policy advisor for Global Affairs Canada, beamed in from Ottawa to provide an update and to recognize the First Nations contributions.

“Their presence has enriched our discussion and contributed to crafting strong negotiation positions that reflect a more inclusive perspective, a perspective that was lacking when the treaty was first negotiated in the 1960s,” she said.

As Canada, British Columbia and the United States continue to negotiate, she said they will need to have more conversations around salmon, flood risks and hydro power.

“We hope we can hit some common ground here in the coming weeks and months,” she said. “There is a positive spirit of collaboration.”

Kathy Eichenberger, the executive director for B.C.’s Columbia River Treaty Review Team, summarized the discussions between the countries more bluntly as she responded to audience questions via video conferencing.

Ms. Eichenberger also shared about how this round of negotiations differs from when the treaty was first put in place.

“In the 1960s the governments didn’t consult or speak to those who would be most affected, didn’t consider social or environmental values, (and) ignored indigenous nations,” she said. “Times have changed, thankfully, but our needs have changed and our values have changed so now is the perfect time to modernize the treaty to reflect all that.”

After facilitating the Columbia Valley community meeting, Brooke McMurchy, a policy advisor for the provincial government, said participants “raised thoughtful and important questions about Canada-US negotiations and Indigenous-led work on ecosystems and salmon reintroduction” and that her team looks forward to returning to Invermere as treaty discussions continue.

“These meetings are always insightful for us and a great opportunity to hear directly from those who live in the Basin,” she said.

To review the updated draft recommendations from the B.C. Columbia River Treaty Local Governments’ Committee and to share your feedback by Monday, December 9th, visit https://akblg.ca/columbia_river_treaty.html

For more background on the treaty negotiations, visit https://engage.gov.bc.ca/columbiarivertreaty/ 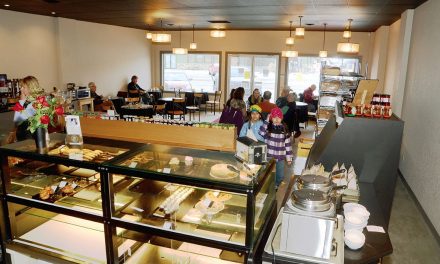 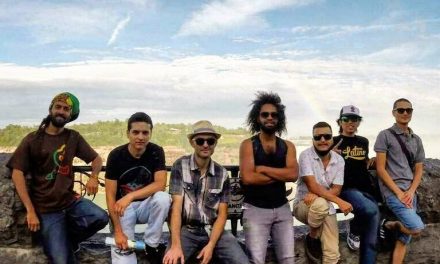