Cull controversy is out of hand

Ive been waiting for approximately a month now for this deer issue to just blow over. I had no specific plan to write anything on the matter. However, as this is a passionate subject, things have gotten a little out of hand.

Ive heard many arguments on both sides which have merit, and many on both sides which are completely ridiculous. Arguing against the cull on the basis of the beauty and prestige of the majestic animal is as extreme and closed-minded as the kill em all and let God sort em out side.

The claim that the District of Invermere didnt properly consult residents on the matter is hard for me to buy. I say this to anyone with opinions on either side who feel as though they werent asked for their opinion.

The issue has seen a lot of discussion up until now in the proper forums in order to make an appropriate decision and a decision one way or the other had to be made. If this was something that people (on either side) feel so passionately about now, where were the groups supporting or protesting it two years ago? Why didnt people band together as like-minded citizens at that time, join said forums in constructive discussion and help make our elected officials jobs that much easier in the decision process?

People like to say that those in charge purposely make decisions contrary to the will of the people, or whats considered right, but thats a hard claim to make when the option to chime in at ANY TIME is there, yet is not taken until the eleventh hour.

Anyone who wants the deer culled simply because they are a nuisance is off on the matter. Though I support the cull, it isnt due to an opinion of inconvenience or minor annoyance. The main (and probably only) solid case to kill the deer is due to public safety.

I am a firm believer that preventative measures in the way of wildlife must sometimes be made. Although it can appear cruel or heartless, a drastic reduction in the number of mule deer within town limits very well may save someone serious injury, even death. Though this is speculative, if I imagine a situation where I was given the choice between the life of a loved one, and the death of 100 deer, Id cull them myself.

The ultimate fate of this cull, and the deer, now lies in the hands of the courts. A lot of unnecessary anger and resentment between neighbours and friends has surfaced, most of which could have been avoided.

In the future, people need to use the tools of democracy that we are guaranteed by right.

Feeling passion for something is great, but if they arent going take a stance on the matter during the time frame when it can make a difference, filing frivolous lawsuits and protesting a matter thats been open for discussion for two years is a childish way of trying to accomplish something.

Hydro is an election issue 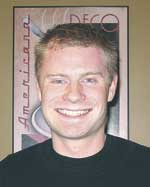 No borders when bettering a community