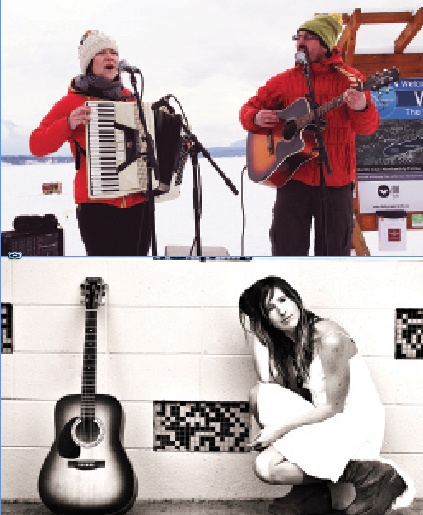 Gardeners, families and green-thumbed enthusiasts came together for the grand opening ceremony of the Rotary Gardens in Radium Hot Springs on Saturday, August 15th.

People came to express their joy and satisfaction about the completion of a project that took nearly two summers to complete, and thank the volunteers for donating their time and money to launch a project that benefits everybody in the community.

Last year, we searched for a new project for Rotary to back, explained Sunrise Rotary Club of Radium president Dale Shundra to the crowd. The need for a community garden was identified and confirmed by surveys. Efforts were promptly made to secure this ideal site.

The Rotary Club has created a serene atmosphere for the community on land that is owned by Rocky Mountain School District #6 and utilized by the Village of Radium Hot Springs.

Both parties supported the concept of a community garden and public park (so) Rotary agreed to proceed subject to securing outside financial assistance, said Mr. Shundra. We were excited to quickly receive several grants, which meant the project was a go.

Volunteers built and filled 40 raised garden beds and placed fence posts last summer, used the winter to finalize their design plans and raise enough money to pay for the project. Since then, the communitys need to dig into the garden has grown.

From early spring until today, there has been a flurry of activity, said Mr. Shundra. A garden shed was built and the wildlife fence placed, seven truckloads of gravel were delivered and spread, water was trenched in from the Springs Golf Course and six hose stations completed.

He added that individual garden beds were planted and the then focus turned toward beautifying the park with pathways, signage and final touches from Mother Nature.

In addition, he noted the community garden could not have been built without support from the Radium Golf Group, Turf n Timber, Canfor and Schikedanz.

But the extensive volunteerism stands out the most.

I have kept rough track of volunteer hours on the project and, so far, more than 750 hours have been contributed, said Mr. Shundra. These hours have come from various worker bees and from individuals stepping up as needed and some of these hours were from people who had no association with Rotary and were not even gardeners, but every contribution was appreciated.

He commended Reg Reinhardt, Bob Campbell, John Hague, Al Leslie, Sasha Smith and Merilyn Shudra for their support and presented each volunteer with a gift certificate before cutting the ribbon with Radium mayor Clara Reinhardt to mark the grand opening of the community garden.

Rotarys involvement is coming to an end, concluded Mr. Shundra. The gardens will be turned over to the village and administered by a garden committee, which has been appointed on behalf of Rotary, it was our pleasure to champion this wonderful project. 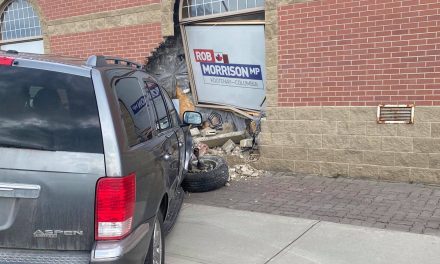 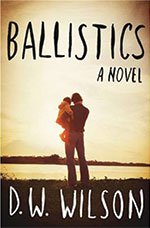