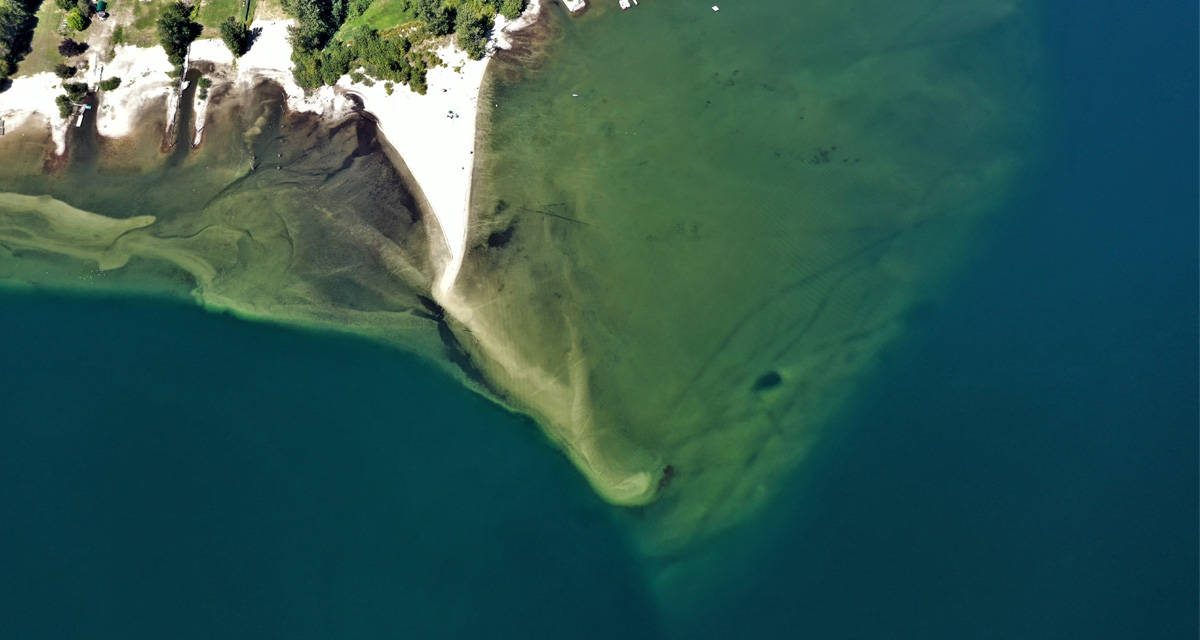 It exists, hidden, as though it never should have been found.

A short walk through a tree-covered path and there lies Six Mile Beach, landscaped to perfection by nature with its fine sand and an absence of rocks to poke the soft flesh of a swimmer’s foot and – perhaps – ward off visitors.

The beach, located a 15-minute drive from Nelson, stretches out into a sand spit that gradually extends out into Kootenay Lake. Walk out onto the spit, where depending on the time of year the lake may only creep above the ankle, and it’s like standing on the surface of the water.

On July 3, 1997, Carmen Olson and Debbie Ratcliffe decided they would take a group of children to visit Six Mile Beach. Olson still remembers it as though it were yesterday.

The women had seven kids in tow, all under the age of six. Three belonged to Olson, two to Ratcliffe and two more who were being babysat by Olson had tagged along.

No one planned to swim, so the kids stopped after a short distance where the water barely flooded above their toes. Olson and Ratcliffe stood nearby, and when they turned their attention back to the children two of them were missing.

In the water, Olson’s five-year-old daughter Kailee was struggling to stay above the surface. The other girl, a six year old named Paige who Olson was babysitting, had already gone under.

Olson and Ratcliffe screamed at the other children to get off the spit then dove into the lake. Ratcliffe held onto Kailee and Olson pulled Paige out of the water.

Both women considered themselves strong swimmers, but then they felt the lake pull them away from shore and struggled to reach the beach.

Lucille Ottewell, who has lived on Lower Six Mile Road since 1964, heard Olson and Ratcliffe call for help. She began rowing out into the lake with a neighbour and found the women, who put the kids into the boat and clung to the side as it returned to shore.

“I can remember coming out of that lake and I couldn’t stand up,” Olson told the Nelson Star in a recent interview. “The headache was unbearable. I was basically dragging myself out.”

She was taken to Nelson’s Kootenay Lake Hospital where a doctor told her hypothermia had begun to set in.

Meanwhile, Ottewell helped Ratcliffe take care of the children. Twenty-three years later, Ottewell still remembers her daughter describing the feeling of sinking while on the spit.

“The sand starts to just suck you in and you can’t get out because it’s pulling on your legs,” says Ottewell.

“So if you’ve gone out far enough and try to get back, it breaks off and sucks you down. And that’s why they drown. They get sucked down and then people trying to rescue them can’t find them.”

Olson has never returned to the beach, which has grown in popularity in the ensuing years. But on July 18, she happened to be standing on her father’s nearby dock when she witnessed a 23-year-old man and his partner struggling in the water.

Olson saw people on the beach rush to help the couple and heard screams when a woman was saved, but the man was lost to the lake. He was the beach’s fifth known drowning victim.

“It’s like an oasis down there,” says Olson. “It’s gorgeous down there. But it’s not safe.”

The wrong side of paradise

Jean Carne grew up learning the lessons of Six Mile.

Carne was just a baby in 1957 when her family moved to a property on Lower Six Mile Road, near where the unmarked entrance to the beach can be found.

The first recorded deaths occurred at the beach just two years after Carne’s family moved there.

McLean was the first to become submerged. Bouey dove in to help but also became endangered. She was followed by her 14-year-old brother Neil, who was also dragged in. All three children drowned.

“I think for a lot of the parents then that was a big deal, so we all had to learn how to swim,” says Carne. “We didn’t go to the beach by ourselves, but we went down every day with my mom.”

Because water levels rise and fall throughout the year it can be difficult to estimate how deep the lake is at any given time.

But according to FortisBC, which operates four dams to the south on the Kootenay River, the water at Six Mile typically reaches its peak from May to July.

An undated bathymetric map of Kootenay Lake at Six Mile shows the depth around the sand spit to be approximately 30-to-60 centimetres, roughly between the ankle and knees of an adult. The spit also rises near the end, which gives the illusion of floating on the surface.

On the east side of the beach, the surface declines gradually and is generally safer. But at the tip of the spit and on the west side facing in the direction of Nelson the bottom drops out fast.

There, the surface slides to 1.5 metres, then to 8.2 metres and eventually 15.8 metres at the centre of the lake. On the steeper west side, the surface quickly drops to 2.7 metres, then approximately 12.2 metres. The further west the lake runs the deeper it is in the centre, which also dips from 15 to 20.7 metres.

The west arm of Kootenay Lake at Six Mile is also more like a river, with a current that runs west and can drag swimmers out into the middle of the lake even when the water appears still.

“I think if you stay on the right side you probably can walk out a long ways and it’s lovely,” says Carne. “But if you’re on the wrong side…”

Judi Ross remembers the beach as peaceful and the weather clear when her brother-in-law Peter Yungen walked onto the spit on Aug. 12, 1998.

Yungen, his wife Denise and their two sons were visiting Ross and her family at a get-together on Lower Six Mile Road when Yungen ventured out on his own around lunch.

Ross remembers hearing Denise yelling for her husband, and Yungen calling out for help. Yungen was 41, and Ross describes him as a strong man. But he couldn’t swim, and after a time Denise returned to tell her sons their father wasn’t coming back.

‘Use at your own risk’

If Six Mile Beach used to be a local secret, the word has been out for years.

The beach isn’t promoted by Nelson’s visitor centre or the local tourism board. But on hot summer days it is among the region’s most popular destinations.

Ashley Bennett grew up at Six Mile and still lives nearby. She remembers going to the beach as a child with her daycare, but never being allowed to go on the spit or the west side of the beach.

“Somebody told me last summer they counted 195 people on that beach,” she says. “It never used to be like that, ever.”

Part of the problem with the beach is there’s no one to take responsibility for it.

The beach is on Crown land. In an emailed statement, a spokesperson for the ministry which oversees Crown Land described the beach as one you “use at your own risk.”

The Regional District of Central Kootenay also doesn’t have jurisdiction over the beach.

Both signs, which are being funded through a community development grant, are expected to be installed before next summer.

Newell said he hopes the beach’s popularity makes a case for other nearby regional areas to contribute to its management through taxation, which currently doesn’t happen.

What’s not clear, however, is if a sign would be enough to prevent future drownings.

After Yungen’s death in the 90s, Ross said there was an effort to get signage warning of the danger at Six Mile. Eventually a sign was installed, but Ross said it was against a log and nowhere near the spit.

“There’s a problem spot there and why can’t we just change that?” says Ross. “It’s a tragic outcome. It’s just waiting to happen again, right?”

Before the latest fatality in July, the beach had one sign warning of an undertow, but it was covered in graffiti and barely legible. Witnesses said the man who died and his partner had paddled into the beach, which meant they wouldn’t have seen the sign anyway.

In the days after the death, residents made their own signs and put them up along the trail, only for some to be later torn down.

Dorothy Hall has lived on Lower Six Mile since 1989, but never goes to the beach after once witnessing a child nearly drown there.

At an August meeting with district officials, Hall emphasized the human cost of a beach only growing in popularity among non-community members.

“People just don’t seem to care that someone could lose their life and I don’t understand that,” she said through tears.

On the evening of July 18, Bennett was watching from her family’s dock while divers looked for the beach’s latest victim.

As search teams left for the night, their boat wasn’t even out of sight when Bennett spotted two men on Six Mile Beach. They ignored a warning sign and walked out onto the spit as though nothing had happened.

And below their feet, at the bottom of Kootenay Lake, a body rested.

– With files from Greg Nesteroff 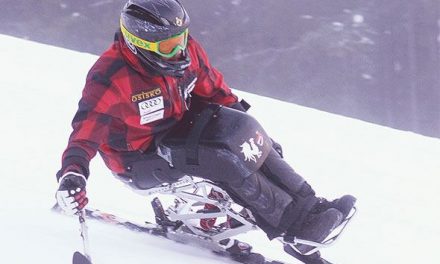 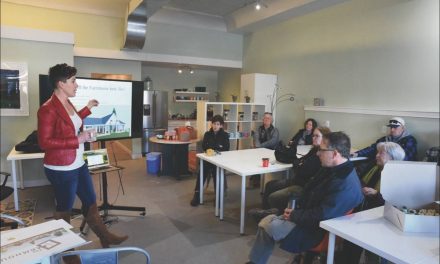