Decrepit shack on Lake Windermere gets hauled to shore

LAKE NEGLECT Thanks to the efforts of a group of valley residents, this eyesore of an ice fishing shack thats been sinking into the lake was removed on Friday, February 26th. Top photo by Brad Kitching/Bottom photos by Megan Peloso

A burnt ice fishing shack, half-sunk into the ice, brought a group of concerned citizens together last Friday, who went to great efforts to remove it from the lake and drag it to the shore.

The abandoned shack, blackened and tilted to one side, had become the subject of widespread public criticism as its owners were clearly not caring to remove it prior to the lake thawing. On Friday, February 26th, a handful of Windermere residents decided to do something about it.

It took six people, along with four quads and pry poles, the better part of an hour to pull the shack out of the ice and onto land.

The shack was half sunk into the ice, said Larry, one of the volunteers. The ice was thawed around it.

It was full of water, Sally, another member of the group, added. We had to lift it up and drain it first.

Lifting up the shack took the four quads pulling with ropes, while members of the group pried it up to let the water drain, and pushed from behind.

The ice was breaking all around the quads, Sally told The Pioneer.

Luckily, the group managed to get the shack out of the ice without any of it falling into the lake. Inside the shack was a chair, a milk crate and a bottle of Jaeger.

We got it out on the ice, explained Larry. Thats when it fell apart so then we had to haul it to shore in pieces.

Although burning and abandoning an ice shack is thankfully a rare circumstance on this lake, it calls into question whether there needs to be a code of conduct and registration system for ice huts (typical on other popular ice fishing lakes), said Lake Windermere Ambassadors program co-ordinator Megan Peloso, who was on hand to help with the removal of the shack, in an email to The Pioneer. At the end of the day, there isnt any excuse for this kind of neglect, but with basic information captured of who is out there and where, it would at the very least be possible to contact owners in advance and let them know that there are people who can help them remove their huts before it becomes too dangerous.

Sally noted that muskrats had already begun to appropriate the half-submerged shack, lining underneath it with grass.

The others volunteers included Wallace, Freddy and Shane (last names withheld by request).

It literally took all of us heaving, pulling and levering against the weakening ice, said Ms. Peloso. On behalf of the Lake Windermere Ambassadors, I wish to congratulate the amazing crew for their initiative and stewardship to protect the lake! 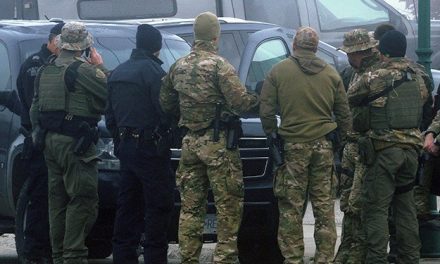