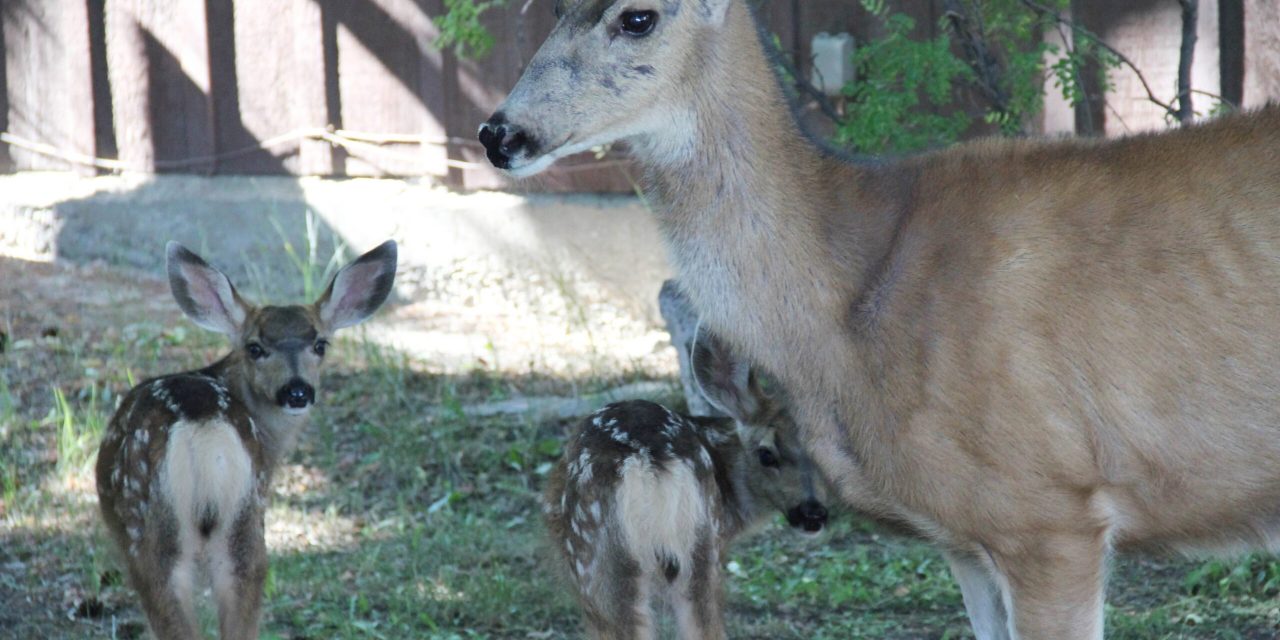 A doe with her fawn out front of the Pioneer’s office in August 2014. File photo

After the legitimacy of a local deer cull in 2012 was unsuccessfully challenged in court, the District of Invermere is looking to recoup some of its legal costs as another round of culling gets underway.

In May 2014, council authorized district staff to submit a deer cull permit to Service BC. The permit is to cull 30 deer per year at a capped cost of $30,000 annually. The process began last week, and has been handled by district staff.

This (years cull) is much more operational were hands off as far as councils concerned, said Invermere mayor Gerry Taft. We set the policy and then let staff deal with it.

In 2012, the district was forced to halt a cull because of a temporary court injunction on behalf of the Invermere Deer Protection Society (IDPS formerly known as the Invermere Deer Protection Organization), which took the matter to the BC Supreme Court to question whether a public deer cull was lawful. The judge ultimately ruled in favour of the district, but the injunction reduced the scope of the cull and cost Invermere around $24,000, said Mr. Taft. While the district is entitled to recoup that money, only about $13,000 was posted as security. While the IDPS still owes the remainder of the money, Mr. Taft isnt optimist the district will ever see it.

You would spend more money trying to collect it than what its worth, he said.

The difference between what will be collected and what is owed will be listed in the districts budget as a liability or debt, Mr. Taft said.

After a certain number of years (that pass without collecting the money), it will be written off as a bad debt.

During the 2012 cull, the injunction hampered the districts timeframe to cull. Only 19 deer were killed far short of the target of 100.

For 2015, instead of aiming for such a large number of deer in a short period of time as done in 2012, district staff will oversee the culling of less deer over a greater timeframe.

Depending on district operations, it could happen more randomly and (be) spread out through the entire year, Mr. Taft said.

In abiding to regulations, trapping and culling must be done during the evening. There will be blackout dates during the spring fawning season.

The goal is to try and target the aggressive and problem deer, Mr. Taft said. So instead of trying to get the largest number possible, were trying to get 30 over a long period of time, and try to make sure that the ones we do get count.

Traps are being set up mostly on private property, Mr. Taft said. Locations of the traps are at the discretion of district staff, but are situated in areas of greater concern. Those who support culling as a method of managing the urban deer population, and have deer concerns in the part of town they reside, can lodge a complaint to the district.

“Tell them that you wouldn’t be opposed to a trap on your property as a solution,” Mr. Taft said.

Meat from the deer is being processed at the local butcher shop, and will be given to the Columbia Valley Food Bank, and Mr. Taft said that other groups from Cranbrook and Kimberley are also interested in the venison meat.

One alternative to culling deer is to relocate them. But because of red tape, that practice is impractical right now, Mr. Taft said.

“If the (province) wants to study the success of deer relocation, they need to set reasonable perimeters,” he said, citing the costly requirements. “Having to put $1,500 collars onto every deer is unreasonable.” 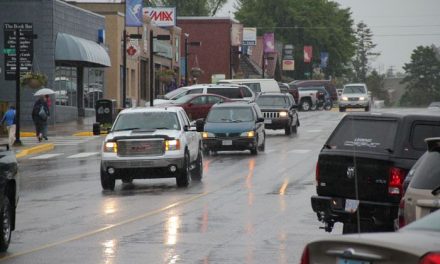 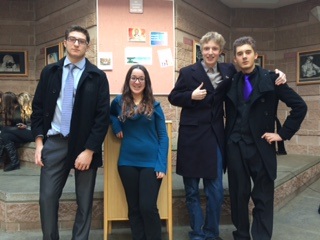