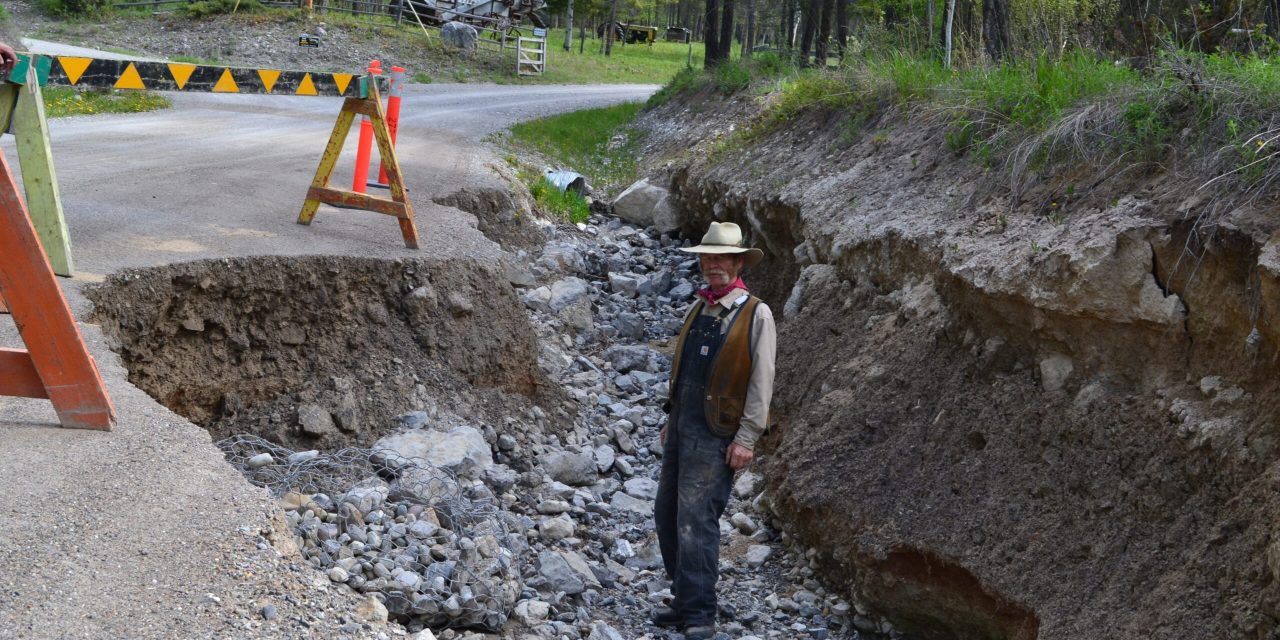 Hewitt Road resident George Mclean stands in a horrendously crumbled and clearly dangerous stretch of the road, which local residents have been pushing the Ministry of Transport to fix for years so far unsuccessfully. Photo by Nikki Fredrikson

Residents of Hewitt Road in Edgewater are raising concerns over unsafe road conditions after a spring flood in early May has left their road with large ditches and portions of the road missing. Their concerns have been growing as the residents have been dealing with a lack of road maintenance over the past two years.

On May 19th, 2015 the residents were told via email that a survey would be done on the road to look at fixing damaged culverts, erosion, and potential widening of the road but, according to residents, little has been done since then.

The road was better 25 years ago then it is today. We didnt have Grand Canyon ditches, said Hewitt Road resident Scott Mclean.

The current issues with the road stem from five cross-culverts being removed after a new road foreman arrived in the region. George Mclean, a resident on Hewitt Road was part of the team that removed the culverts, and said he was instructed to pull the culverts out because they, werent needed.

We got a new roads foreman from the coast, and he was going to teach us mountain guys how it would be, said George.

Without the cross- culverts the spring runoff began flowing too fast, filling the ditches each spring and causing severe erosion to the road. Mainroad East Kootenay then would come to dig the ditches out taking what was left of the grass protection with them. During the attempts to drain the ditches, culverts along the road have been smashed and torn from equipment damage hindering the culverts ability to function properly.

Gabions cages filled with rocks and typically used for road building have been put in the ditches to divert the water flow but have so far been unsuccessful.

Theres no quality control and thats evident with all the smashed culverts, said George.

Due to the deep ditches and breaks on the shoulder of the road, sections of Hewitt Road are too small to get two large trucks and trailers past each other something that has been causing issues for residents as they drive trailers, motor homes, and commercial trucks up and down the road, according to Scott Mclean.

While the spring flood strikes, the residents work diligently on their own to clear the road with backhoes to save their road.

Some years it (flood) doesnt even happen but when it happens were out here for days, said Dale Elliott. Were fortunate we have Scotty and the (back)hoe up here when the flood happened, otherwise we wouldnt have had any road left.

Adding to the mounting frustration of lack of maintenance to the road, Mr. Elliott had to put in his own road when he subdivided his property approximately 10 years ago. While putting in his road the Ministry of Transportation had road engineers ensure his road meet the same standards the TransCanada Highway has, part of which included work to the ditches, that in the end allowed the water to flow faster down the roadside.

So they made me do all this work, which created more problems for them and no, theyre not owning up and fixing it, said Mr. Elliott.

In an email conversation between Mr. Elliott and district operations manager for the Ministry of Transportation and Infrastructure Jason Templeton on May 5th, 2017, Mr. Templeton discussed prioritization of road work in the East Kootenay region.

Maintenance work identified in the 2015 email will be reassessed and incorporated into the maintenance work plan on a priority basis. It is important to understand that although there may be prevalent maintenance items on a variety of roads, the ministry and maintenance contractor need to address based on prioritization of safety, road classification and available activity quantities within our maintenance agreement, said Mr. Templeton in the email.

Although the residents are frustrated with the lack of response George said theres no point in picking on the local guys (Mainroads) their hands are tied. The residents said they understand the repairs come from the ministry direction not from Mainroad staff, but added they are hopeful that maintenance will happen sooner rather than later.

Were not asking them to bring it up to standard, were asking to fix what we have here, said George.

The Ministry of Transportation and Infrastructure public affairs officer Sonia Lowe said the ministry has also been actively working with maintenance contractor Mainroad East Kootenay in preparing a plan to improve ditching and cross culverts.

Following this springs high water, the ministry has made repairs on Hewitt Road which included cleaning ditches, redirecting water and installing temporary barriers where portions of the road was damaged, said Ms. Lowe.

The ministry said it has been waiting for drier conditions to continue further repair to the road, but added the repairs are scheduled for this week. 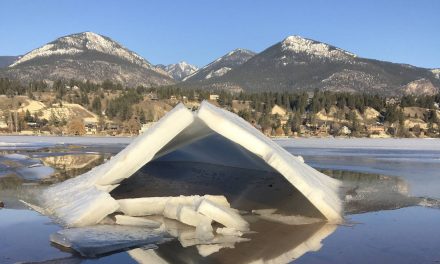 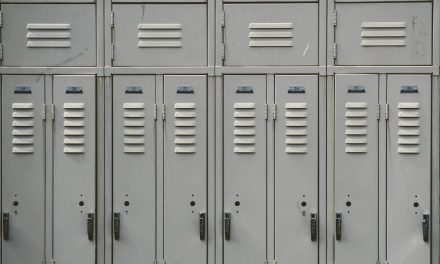 Learning continues although schools are almost empty of students