Parks Canada is assuring the public the move to privatize the Canadian Rockies Hot Springs will be beneficial in the long run — improved service, possibly more jobs and an overall improvement to operations.

That user costs may also increase is not something anyone is willing to comment on because the fees haven’t gone up — yet.

But as mountain national parks executive director Theresa Thiessen said: “What we would expect from a successful private sector proponent is that they will no doubt have a different model for operating the hot pools that could imply higher fees… “

It’s the common expectation that when private enterprise takes over anything originally considered the public domain, increased costs are soon to follow.

While profit-driven contractors are poised to take over what many consider to be an invaluable jewel in the Canadian crown of national parks, it’s  been stated — and it’s expected — that they will bring in new services and amenities which will undoubtedly add to the unique experience the hot springs pools already have to offer.

But when the price tag to access the new “benefits” has the adverse effect of denying those with less disposable income access to the offerings of their own country’s national parks — and no one is willing to talk about it from the outset — it’s definitely cause for concern.

What’s also alarming about this decision is that the Canadian public loses one more stake in what  it can govern through its choice of elected officials.

Private enterprise is absolutely necessary and fundamentally important to a healthy economy. Market competition makes for higher quality products and services, and everyone does stand to benefit in the long run.

But at one point should we — or can we — as concerned citizens decide what is fair game as far as privatization goes, and what should forever remain under governmental control?

FIPPA is a poor fit for Canada

Does Invermere need a RAMP? 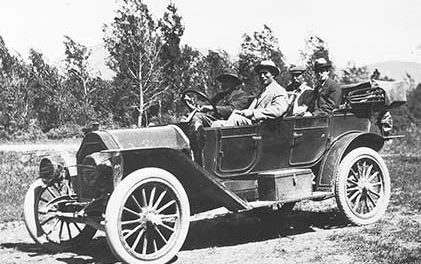 Our lawsuit is not frivolous