One of the most visible promises made on the federal campaign trail prior to the election of Justin Trudeaus Liberal government was to reform the way we vote. Then-candidate Trudeau proudly proclaimed we are committed to ensuring that 2015 will be the last federal election conducted under the first-past-the-post system.

Fast-forward 15 months. The original minister of democratic institutions, Maryam Monsef, has been replaced after a rough year during which she derided the findings of the committee tasked with making researching alternative voting systems, amongst other ministerial shortcomings. In fact, the majority of those who testified before the committee preferred proportional representation, which is not the system that Prime Minister Trudeau has been championing.

A quick look at the two alternative voting systems illuminates the reasons for Trudeaus hesitancy in keeping his promise. The proportional representation model would give each party approximately the same percentage of seats in Parliament as the votes they received. With the Liberals having earned 39.5 per cent of the votes in 2015, they would have to partner with another party to hold power.

Trudeaus preferred system, the ranked ballot model, has voters ranking their choices, which favours the Liberals. If an NDP candidate was a voters first choice, the Liberals would likely be the second choice. Alternately, if a voters first choice was a Conservative candidate, which party would be their second choice? Likely the Green Party or the Liberals as there is currently no right-leaning alternative (the Greens fiscal policies tend to lean right and their social policies left).

Now, our new minister of democratic institutions, Karina Gould, is refusing to confirm if the Liberal government will keep its promise. Our Prime Minister has taken to giving circular, ambiguous answers when asked directly if the promise will be kept. The Liberal caucus will not vote for a system that will cost the Liberals their majority and approximately 50 MPs their jobs, nor can they get away with pushing a ranked ballot system through Parliament when a large majority of Canadians dont support it. What Canadians will be left with is a gargantuan broken promise and the status quo. 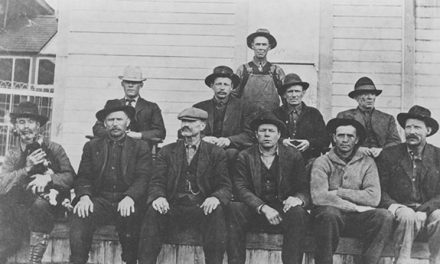 The eagle eye of Ray Crook