Photo by Jasmin Sessler on Unsplash

Across the province, municipalities are now able to take action faster to stop plastic pollution. It’s about time, too!

British Columbia disposed of more than 340,000 tonnes of plastic items and packaging in 2019. Per person in one year, this translates into 65 kilograms of plastic waste sitting in our landfills. Most single-use plastics are used as packaging; studies have shown that plastic packaging produces 40 per cent of all plastics discarded.

A few municipalities took action long before this new regulation, and a number of them had been granted permission to implement bans, including Victoria, Richmond, Tofino, Saanich, and Ucluelet.

Since then, the number of municipalities developing bylaws banning single-use plastics has drastically increased; and approximately 20 more municipalities are currently preparing their own bylaws .

Foam cups and foam take-out containers, plastic straws (including the plastic ones described as compostable), disposable ustensils, plastic and compostable plastic shopping bags are a few examples of banned items in these cities.

As a result of these bans, people have created awesome ethical alternatives. A few initiatives are pretty interesting, like the reusable container program in Vancouver, which allowed customers to bring their own container for a sustainable take-out option.

The government is trying to pass this new regulation with great enthusiasm, showing how Canada is an incredible leader in environmental matters; but at the same time is cutting the rest of its old-growth forests and asking for more pipelines.

Let’s be honest: It’s just a tiny-little-baby step. It’s a great start toward a better future, but there’s so much more to do! Let’s not let our guard down and keep asking for greater change, starting with the local governments around the valley. They should jump in the same boat, with the other 20 municipalities, and pass a new bylaw banning single-use plastics. It will be an outstanding achievement, and hopefully an excellent start toward even better and more significant changes to come.

In the meantime, while our councillors work hard to change the bylaw…business owners might consider offering environmentally friendly alternatives to single-use plastics, rather than waiting for the upcoming ban.

A celebration of local business 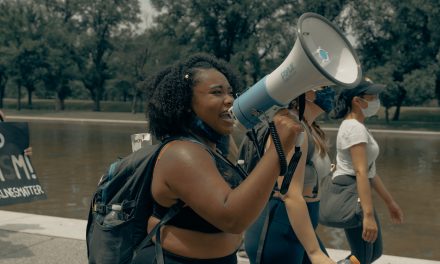