Family pauses in Invermere after pedalling around the world 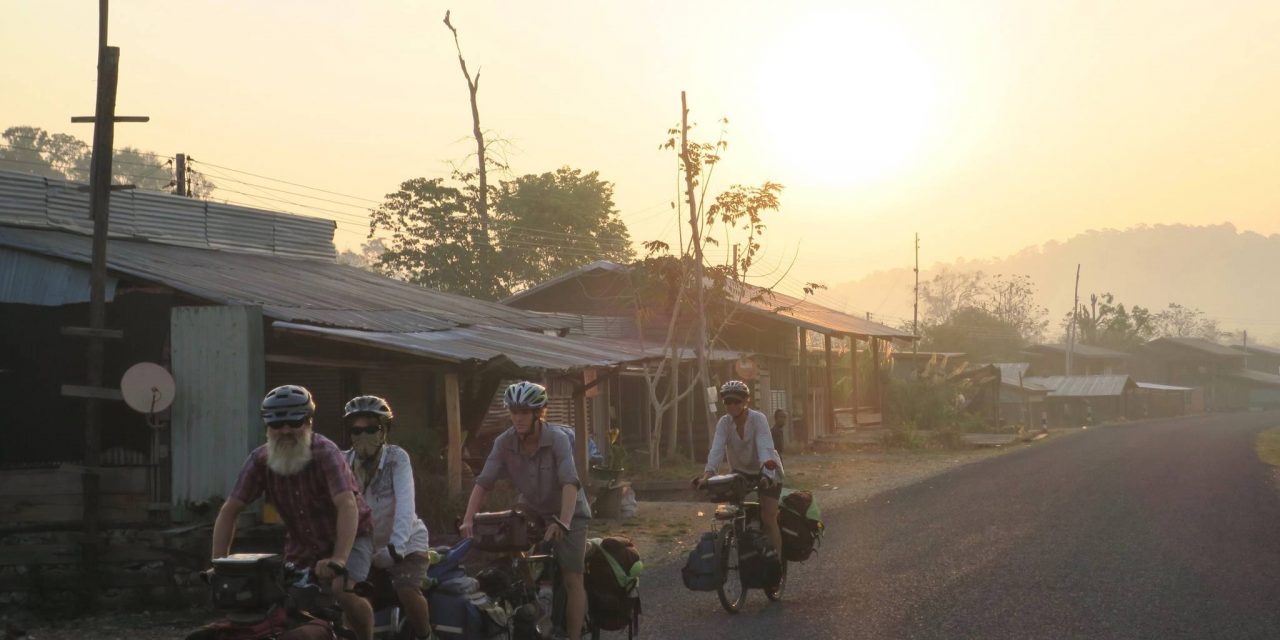 A family of five from Calgary biked into Invermere on Thursday, July 26th after a year cycling around the world and exploring 18 countries up close.

The parents, Rick and Tanya McFerrin, took a year off their jobs and rented out their house. Their sons – Sampson (17), Markos (15) and Tarn (13) – signed up for distance education, scanned a year’s worth of textbooks and assignments onto their laptops, said goodbye to their friends and hopped onto their bikes.

After a year pedalling through Norway, Estonia, Latvia, Poland, India, Japan, Vietnam, Cambodia and more, the McFerrins arrived in Invermere with four more days left on the road before they’ll return to their business-as-usual lives in Calgary.

Sampson and his good friend Cael Elford, who is spending the summer in Invermere, kept in touch while the McFerrins traveled the world through a handful of postcards as well as through Skype calls, SnapChat messages and texts when the McFerrins had service. The boys were happy to be reunited in person when the McFerrins pedalled into town.

“Now I have friends in almost every time zone in the world,” Sampson said. “You learn that there’s so many more ways of life than ours. They’re doing life every which way different than we are.”

Rick and Tanya said the trip wasn’t as expensive as people might think. Their family budget for food and shelter was $40 to $50 dollars a day, which the boys said generally worked out.

“It’s amazing how inexpensive it can be to travel by bicycle,” Rick said, adding that the family took advantage of free camping opportunities whenever they could, carried a camp stove and made their own food.

Rick and Tanya said they weren’t afraid to take their sons on the road.

“It’s kind of just in our DNA to be explorers, adventurers,” Rick said.

Although the family tried to keep to less-traveled streets, the boys grew animated sharing stories about vehicles getting too close for comfort.

Tarn recalled a close call in Japan as he and his father biked through a tunnel.

“They just shoved us off the road,” he said. “We had to get off the bike and scoot it off to the side.”

In India, Sampson had a run in with a car.

“They cut me off and my bike flipped sideways,” he said. When the police arrived: “they blamed it on me running into their car and denting it.”

Rick said his strategy was to agree to disagree with the police, and the family pedalled away hoping to avoid any more trouble.

Also normal was the noise. “You just get used to continuous honking,” said Tarn, adding that drivers must have to replace their horns regularly from being used so frequently.

Sampson, who did Grade 11 on the road, said school was way harder “without a teacher to make the work more interesting.”

He’s looking forward to going back to school for Grade 12, having regular classes again and seeing all of his friends.

The experiences they had over the year gave the brothers “such a different perspective than the average teenager,” Sampson said, adding that spending so much time with his family was challenging at times but mostly enjoyable.

“We became much closer than I could have imagined,” he said. 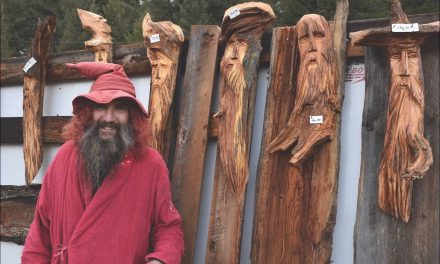 More wizardry from The Woodcarver