YOUNG USERS The East Kootenay Addiction Services Society is finding that a lot of fentanyl users are in their late teens and early 20s. File photo

Fentanyl has caused several fatal overdoses in B.C. since it became a deadly opioid known for harming people who are using street drugs.

The Columbia Valley RCMP believe that now the problem is a growing concern to residents in the surrounding area after fielding an increasing number of calls for help during overdoses this spring.

Its a problem thats obviously hit Saskatchewan, Manitoba and Alberta, said Cpl. Brent Ayers. Theyve all been dealing with it and it was only a matter of time before it filtered here, into the valley.

He added there have been six calls for service to the Columbia Valley RCMP this March alone to ensure its safe for BC Ambulance staff to attend overdoses in the valley.

More than one-third of illicit drug overdoses are related to the use of fentanyl in B.C., according to a recent report in the Globe and Mail. The BC Coroners Service shows that the percentage of fentanyl-related deaths has increased every year, from a total of 13 in 2012 to 146 in 2015.

In addition, the BC Coroners Service indicates that illicit drug overdose death averages increased from 16.8 total in 2007 to 66.0 total in 2016.

Ive been here for 11 years or so, and we have had overdoses over the course of the 11 years that Ive been here, with needle injection, cocaine or crack, but its been fairly good for the last three years, said Cpl. Ayers. But Ive only really become aware of it (the increasing use of fentanyl) in 2016 so theres been a change.

Fentanyl is an inexpensive synthetic opioid that can be up to 100 times more potent than morphine. It was developed for medical professionals to treat severe and chronic pain, but has become a risk for opioid users.

The Interior Health Authority (IHA) allows medical professionals to treat patients who are overdosing in Invermere and Cranbrook with Naloxone an antidote that is known to reverse the effects of an opioid overdose (fentanyl, heroin or morphine) within minutes. Afterwards, the patients are provided support services to aid and assist with detox.

We currently have four areas in the East Kootenay, including Invermere, Cranbrook, Golden and Creston, that participate in the Take Home Naloxone program, said Jessica Bridgeman, Interior Health regional reduction co-ordinator. At this time, it is a prescription-only medication so we are only able to give kits out to people who identify as current or past opiate users but were still experiencing barriers to get it into the hands of a parent or a loved one or somebody who wants to have a kit but doesnt actually use opiates themselves.

The East Kootenay Addictions Services Society (EKASS) has also been working toward making Naloxone more accessible to users through the Take Home Naloxone program, which is a part of the Harm Reduction program at the BC Centre for Disease Control that oversees the program for service providers, regional health authorities, service providers and community members to help intervene during fatalities.

Dean Nicholson, the EKASS executive director based in Cranbrook, explained that fentanyl began to surface among the younger population of drug users in both Invermere and Cranbrook around 2014.

The unusual thing about this was that there were young people getting involved and getting into trouble, explained Mr. Nicholson. Typically, opioid use is something that we would see in a population thats been involved in drug use for some time, but a lot of people that we were seeing back then and continue to see now are in their late teens and early 20s its not the typical profile for somebody involved with that kind of drug use.

He believes the fentanyl use and abuse is an ongoing problem that has become a national issue.

Its really taken off right across the country, said Mr. Nicholson.

The goal is to reduce the fatal effects of an opioid overdose among the B.C. drug-using community.

The push right now is to have it (Naloxone) seen the same way an EpiPen is seen for somebody who has anaphylactic allergies, concluded Mr. Nicholson. Were not quite there yet, but were moving in the right direction.

Technically, at the present time, the kits are only available to people who use illicit opioids, he added. The longer term intention is to have them available to anyone. What we are doing in practice is having friends, partners, etc. of people who are getting the kits also be present for the training whenever possible so that they would also know how to use them.

To pick up a Take Home Naloxone kit and to learn how to administer the antidote, contact Mr. Nicholson at 250-489-4344.

The problem with fentanyl is that because its not legitimately produced, the dosages really vary and thats why people are getting into trouble with overdoses they never know how much theyre taking and thats one of the messages we keep trying to get out to people its a very risky drug to be using, said Mr. Nicholson. 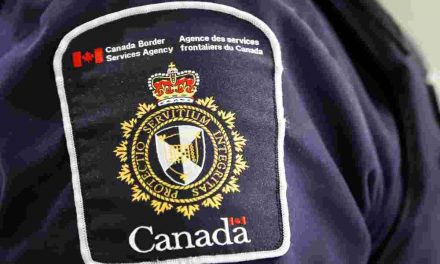 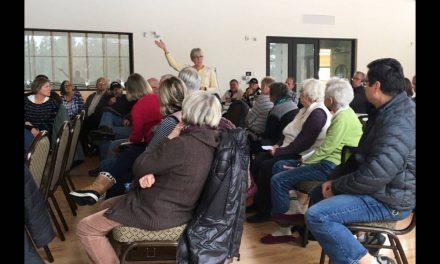 Debate over short-term rentals in Radium

Cleanse Wise – a new company in the Valley