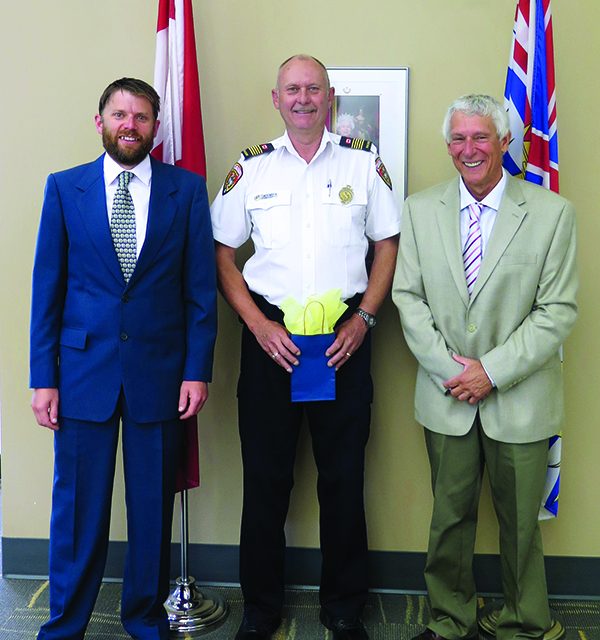 It may not feel like it, he says, but Jim Miller is celebrating 10 years of service as fire chief of the Columbia Valley Rural Fire and Rescue Service.

Mr. Miller was recently congratulated by the Regional District of East Kootenay (RDEK) and presented a 10-year Service Award for exemplifying outstanding dedication and leadership at the RDEK board meeting on August 5th.

I was quite impressed that they went out of their way to recognize 10 years of service, he said. Weve taken the fire department a long ways in that 10 years.

Jim has played a key role in developing our Columbia Valley Rural Fire Services over the last 10 years, from being a fully volunteer department to being professionally managed now, said chief administrative officer Shawn Tomlin said. We certainly appreciate his dedication to the community and to public safety.

Despite spending more than 25 years in the firefighters service, it wasnt always about fire for Mr. Miller. Instead, after growing up on a farm in a small town in Alberta, he moved to the Columbia Valley and began the RCMP auxiliary program as a volunteer while working in the auto body repair and paint industry. Eventually, though, he knew a full-time RCMP position was not for him.

I ended up doing (the RCMP auxiliary program) for 15 years and realizing I had a young family and whatnot and I didnt want to move them around every four or five years kind of thing, so I just decided to stay with that for a little while and spent 15 years and enjoyed it, he said.

Being that his family was steeped in a rich tradition of firefighters, Mr. Miller decided to try his hand at that service as a volunteer, interested in helping people and giving back to the community.

After matching his time as a volunteer firefighter to that of his RCMP career, Mr. Miller was asked by the RDEK to take on a full-time position as the Fire Chief in 2006, which he gratefully accepted. The Columbia Valley Rural Fire and Rescue Service covers the areas of Panorama, Fairmont, Edgewater and Windermere.

That kind of held me back to joining the full-time fire departments because it was mostly cities that were full-time, he said. I didnt want to move my family to the city and wanted to stay in this valley so I thought I would get the better of both worlds and stay where I want to be and be involved in fire which I was interested in.

As a full-time firefighter, Mr. Miller was forced to leave his other profession as an auto body repairman and close his business Sun Valley Auto Body. The time has passed quickly, he said, and hes happy being a part of the department, noting the significant progress thats been made since he became chief.

I guess its just being there to help the community, he said. Being there to support for them and dealing with the public in a helpful way and are there for all their emergencies. You know youre making somewhat of a difference.

At 59 years old, Mr. Miller said he hopes the department is able to continue to expand under his watch while helping more of the community.

I got a few years left in me yet I think and I look forward to the future here, he said. I think there are going to be more changes coming down the pipe. What exactly I dont know and eventually, as time goes on, Im sure well look at hiring more people as it gets busier every year. 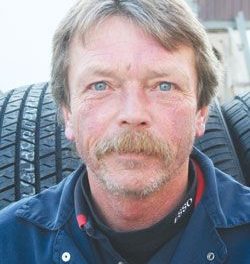 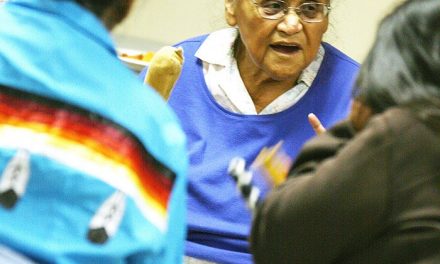