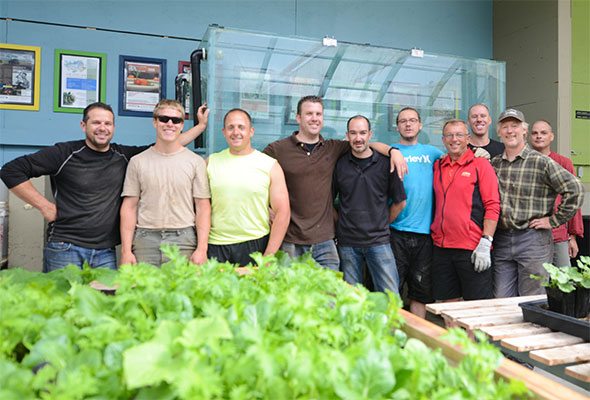 HEROIC EFFORT It took close to a dozen volunteers to safely transport the massive fish tank donated by Rocky Mountain Grill to the Community Greenhouse on Monday, June 16th. Photo by Erin Knutson

One of the valleys largest fish tanks has jumped ship now that the Rocky River Grill has donated its massive aquatic habitat to the Groundswell Community Network.

Weve had it five years; its time to change it up, said Rocky River Grill owner Justin Atterbury.

Through his restaurant, Mr. Atterbury began participating in a Groundswell composting program over a year ago. Through that connection, he had little trouble deciding where to make a new home for the fish tank.

Justin came to appreciate what Groundswell is about; the things we do with food and education, said Groundswell executive director Bill Swan.

The team at Groundswell have many ideas brewing, but wont be jumping to any decisions soon.

We wont be setting it up right away, we must first determine a long-term plan, Mr. Swan said. But first things first we took Justin up on his offer.

While sitting in Rocky River Grill, the tank housed salt water fish. In the greenhouse, it will serve as a fresh water habitat. The species of fish to reside in the tank is not yet known. Having the tank in the restaurant made the temperature (of the water) easier to maintain we dont have that option in the (non-insulated) greenhouse, said Mr. Swan. The fish species will depend upon what the greenhouse environment will allow.

In July, the University of Lethbridge will be hosting an aquaponics class at the greenhouse, which will offer the perfect opportunity to learn the complexities of the tank.

Mr. Swan hopes that, eventually, the aquarium will allow Groundswell to harvest fish waste as compost for soil. However, the expenses needed to reach this point were not allotted in this years budget. There is an ongoing cost to running, he said. But it keeps in with what were doing at Groundswell the more loops you can close, the more sustainable of a system. Well soon need to bring in less fertilizer from outside of the greenhouse. 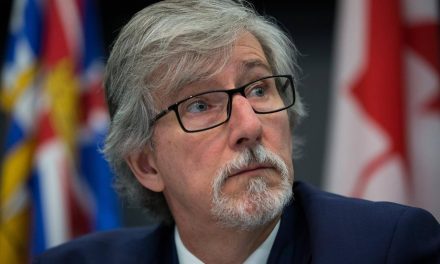 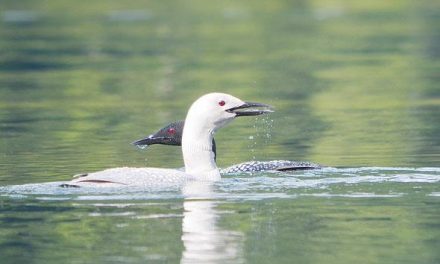