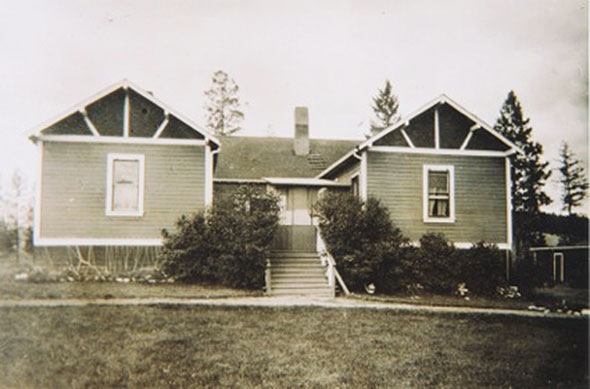 FUN FACT When shown this photograph of the first hospital in Invermere (which was submitted to The Pioneer by Ray Crook), Diane Madson (author of the letter to editor on page 6) was also able to identify the building as the Madson Apartments, as her father had converted it into apartments long after it served as the communitys hospital. Photo submitted

Thank you for printing a picture of the opening of an addition to Invermeres Hospital. Perhaps you would like to print a picture of the first hospital in Invermere. I dont know when it was taken, but I was born there in September of 1918.

$1 million donated to protection of Lot 48

Jumbo resort not derailed, only side-stepping

Where can residents buy gas masks?

Looking back on a tragic event