After laying dormant and underground for decades, perhaps centuries, a human skull buried in Invermere became unearthed as a result of construction and heavy rain towards the end of June.

While walking near the railroad southwest of Kinsmen Beach, Crystal Leonard of Invermere was intrigued by her dogs fixation on a round object with the same light tan colour of the sand surrounding it.

At first, its round shape had me thinking it was a rock, but for some reason it caught my eye, she told The Pioneer. I turned it over and I realized it was a skull.

Ms. Leonard, who is the WildSafe Co-ordinator for the Radium and Invermere communities and works with animal skulls as an educator, wasnt confused as to which species the skull belonged.

Stunned by the grisly discovery, she stared at it for 30 seconds and thought, Really, this is a skull?

After Ms. Leonard notified the Columbia Valley RCMP detachment, members responded and confirmed that it was a human skull, stated Staff Sgt. Marko Shehovac in a June 24th media release.

The Coroners Office (in Cranbrook) consulted with an anthropology and odontology expert and was able to determine the skull was historical and not what was referred to as contemporary, he said.

The investigation is being continued by the B.C. Heritage Conservation Act in order to learn more of the skulls origin. Its age is likely well over one hundred years, Staff Sgt. Shehovac told The Pioneer, and he guesses the skull belonged to a forgotten burial ground.

When they say ancient, it becomes nothing we (the RCMP) are concerned about anymore, he said.

Those who are concerned, staff at the Ministry of Forests, Lands and Natural Resource Operations, told The Pioneer the discovery of archeological remains is more common than one might think.

We are currently in contact with the Coroners Office and the RCMP with respect to this find, said archeology branch director Justine Batten.Its not yet clear if the skulleroded out of a land formation and the rest of the remains are still buried within the area, or if it is part of fill that was imported to the area. We are working with the Coroner and RCMP in accordance with an established protocol and we will be contacting First Nations in the area as warranted. 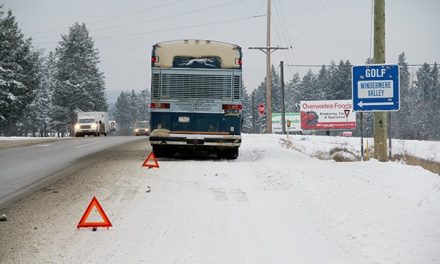