The invasive mussel defence program was created to prevent zebra Mussels and quagga Mussels from being introduced into the province of British Columbia. Since April the eight provincial stations have inspected a total of 6,100 water crafts for invasive aquatic species. The station in Radium Hot Springs. has inspected 1,284 of those stopping 20 water crafts identified as high risk.

What the crews are doing they’re are inspecting boats. They’re mandatory inspection stations so if you have any sort of water crafts that includes canoes, kayaks car toppers, not only the regular motor boats, but all water crafts you have to pull in there. We do this at the watercraft pull in, we have a quick discussion with the owners find out where the boat is coming from is it coming from an infested state or province? said Matthias Herborg Aquatic Invasive Species Coordinator.

So far the stations have intercepted eight infected boats, out of more than 240 total water crafts coming from high-risk areas. According to Mr. Herborg, even if you just come from an infested state or province, your boat will be decontaminated using hot water and high pressure.

The problem these mussels spread not only spread as attached mussels and they can be very small when they attach the size of a quarter-grain of rice but also these mussels have free-swimming microscopic larvae. It means the boat can be clean as a whistle, but if there’s a live well in there or a wakeboarding boat ballast tank with water from an infected lake, the larvae can be in there, said Mr. Herborg.

If a watercraft is found with live mussels there is a possibility the craft will be quarantined for up to 30 days. Passing an inspection station may also end in a $215 fine for disobeying a traffic control order, although some leniency is given in certain cases. There is a lot of judgment involved to decide if a ticket will be given.

We do have conservation officers on site once in awhile. We also have Ministry of Transport staff onsite once in awhile, who do chase down vehicles and we do have people get chased down and brought back and they normally get ticketed if they drive by the sign, especially if our inspectors are waving them and they blow by, said Mr. Herbog.

Stations cannot be open 24 hours a day so the Invasive Defence Program is working on educating the public on the stations and self-reporting. This means if a station is closed when you pass by, you should call the poachers and polluters hotline and self-report that you brought a boat into the area and an inspection can get set up.

People are getting more aware which is the ultimate goal to have people take the right steps, understand the risk, make sure they don’t have mussels on them, said Mr. Herborg.

Response to the stations has been overwhelmingly positive according to Mr. Herborg. The Radium station has had 53 cases of people coming to the station to receive more information about the mussels and the defence program. The public is reminded to clean, drain, dry all water crafts to reduce the spread of mussel. To learn more visit gov.bc.ca/invasivehighspecies. 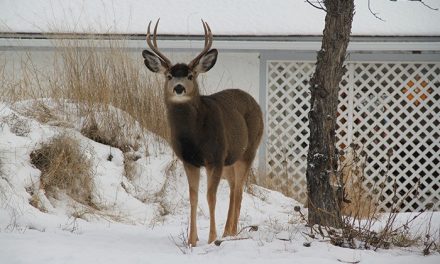 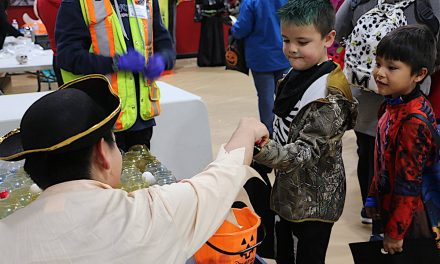