I attended the all-candidates forum at David Thompson Secondary school on April 25th. There was a great turnout, with many thoughtful questions being asked by the public.

The candidates who attended were Brent Bush, Independent, Mark Shmigelsky, NDP, and Betty Aitchison, Liberal. They were given a great opportunity to introduce themselves, and explain their or their partys platform, and were largely impressive.

Two candidates were absent from the forum: William Green of the Green Party (fittingly named), and David Wilks, Conservative. Mr. Green contributed a letter explaining the reason for his absence, expressing his regret, and giving a brief statement. Mr. Wilks, on the other hand, had previously requested that specific date to fit his schedule, and after the other candidates rearranged their calendars to accommodate him, he cancelled at the last minute. Apparently he has been notably absent from the majority of forums in the riding.

Im not writing to express my personal political viewpoints. However, I think its important to think hard about the kind of representation you could expect from a candidate, and party, who dont find it important to engage with their people even in the midst of an election. Please vote!

Thanks to our generous residents 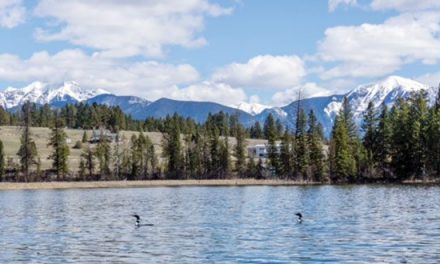