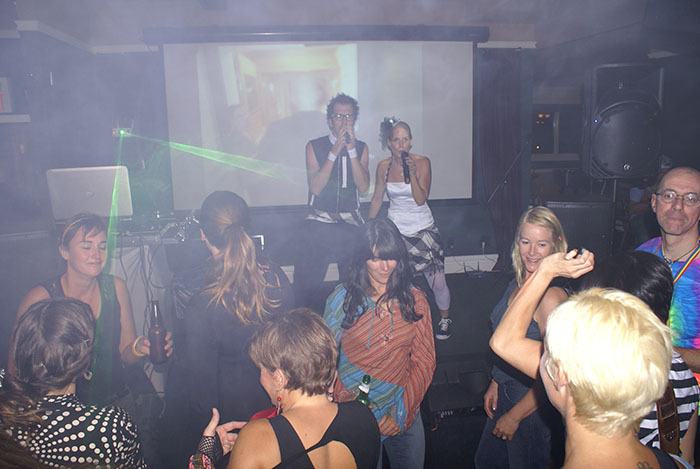 What promises to be one of the most unique evenings of entertainment to roll in to the Upper Columbia Valley all year will be in Invermere later this month.

The Electro Social Club comes to Bud’s Bar on March 28th, giving Invermere its first taste of what the show’s creators call iTronica — an interactive show featuring electronic music, an acting cast of valley locals and a live video streaming the evening’s action to a screen.

“It’s essentially an electronic act that has this interactive component,” said co-creator Nadine Tremblay. “If people like to dance and have an all-encompassing, mind-blowing experience, they should come. It’s not something they’ll want to miss.”

The show will feature original electronic songs composed by Ms. Tremblay and co-creator Rupert Keiller and brief scenes acted out by 11 actors recruited from the town where the show is staged. The actors are playing the roles of different stereotypical nightclub-goers, such as the Pick Up Artist, the Forever Raver and the Bouncer.

“It features all the seedy characters you might find at a nightclub,” said Ms. Tremblay.

The actors are interspersed among an unwitting audience and even audience members who are not secretly part of the cast may be pulled into a scene. The acting scenes blend into the songs as just another part of the party. A videographer films the whole night as it unfolds and projects it on a screen for everybody to watch.

“It’s a really multimedia kind of experience,” said Ms. Tremblay. “I’m reluctant to call it an electronic musical, but that’s kind of what it is.”

The idea for the show came while Mr. Keiller was a roadie and tech support person for a theatre troupe (Iron Mountain Theatre) that Ms. Tremblay was part of.

“We just had the idea to put our two skill sets together,” she said. “It’s a play is some ways, but because there’s just a rough outline of scenes, it’s kind of like a band getting up and playing.”

Those interested in applying to be part of the Invermere cast can go to http://www.electrosocialclub.com and then click on “cast”.

“It is logistically complicated to cast as you go,” said Ms. Tremblay. “For participants it’s not too difficult; each scene is only a minute or two and cast members just need to know their lines for the brief scene. That’s why we don’t even have a story line. People tend to have short attention spans in nightclubs. Basically it’s these flashes into these characters lives for one moment and for the rest it’s a big dance party.”

The show launched a few months ago and has already been performed twice, once in Rossland (where Ms. Tremblay and Mr. Keiller are based) and once in Trail.

“Those were at the Trail show were really intrigued. They felt like they had just fallen down a rabbit hole,” said Ms. Tremblay. “The show in Rossland went over tremendously well. People didn’t know where to look. They said it was the best night of the year.”

Electro Social Club has been funded in part by a Columbia Basin Trust grant. Tickets to the Invermere show are $12 and are available at Bud’s, the Book Bar and Arrowhead Brewery. 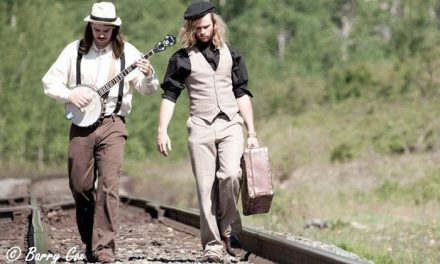 Broken Down Suitcase sets down at the Station 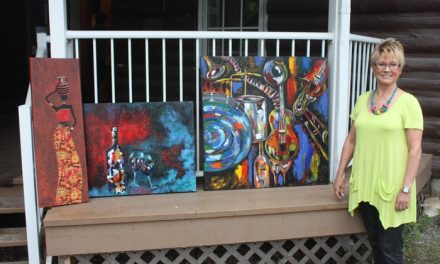 Tour of the Arts with The Valley Echo: Site no. 3 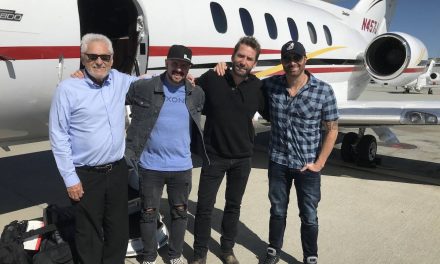 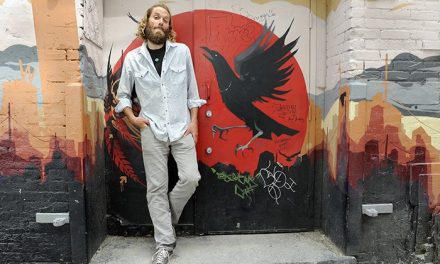 Bocephus King coming back to Strand’s