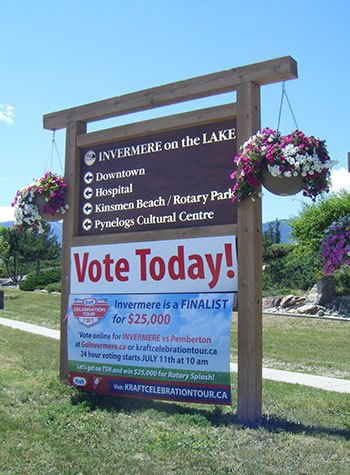 The push for Invermere to win the Kraft Celebration Tour against Pemberton was in full effect by Thursday, July 11th when voting began. Photo by Yvonne Redeker.

Invermere handily beat Pemberton in online voting to win $25,000 for the districts splash and spray park project as part of the Kraft Celebration Tour.

The win means Invermere will play host to a live TSN broadcast later this summer. The Invermere Rotary Club has been spearheading the efforts to raise money for the Kinsmen Beach splash park and took the lead role in the Kraft campaign. Pemberton was trying to win the money to rebuild its BMX track.

It was a big win for the community. Not many things bring the community together like that, said Rotary Club member Peter Evans, as the results of the vote came in. All the exposure we got was excellent. It was all over Facebook and Twitter.

Each year the Celebration Tour awards money to ten community projects across Canada. There are 20 finalists and the winners are selected through 10 head-to-head online voting match ups between two communities (usually both from the same province or region). The voting takes place during a 24-hour period, and people can vote from anywhere in Canada and can vote as many times as they want.

The Rotary Club set up a voting station at a computer lab in College of the Rockies, put up posters all over town, mailed notices and encouraged Upper Columbia Valley residents and their friends and family to vote as much as possible. Clearly the efforts paid off as Invermere got 196,673 votes to Pembertons 104,191.

My wrists are seriously sore, my hands are seriously sore from spending so much time at a keyboard. I was on ibuprofen and I actually had to use my left hand to vote last night, said Mr. Evans, adding that his wrists started to feel better the instant Invermere learned it had won.

What a great testimonial to the community spirit of Invermere and the Columbia Valley. It shows how much people love this place, he said.

The splash park, which will be built near the shores of Lake Windermere, will probably cost about $320,000. The Rotary Club has already committed $50,000 to the project and fundraised an additional $20,000 for it.

Former Dragons Den panelist Brett Wilson, who owns a home in the Invermere area, said he would donate $5,000 to the splash park project if Invermere won the vote, meaning valley voters earned the park a total of $30,000 with their diligent efforts.

The TSN broadcast is scheduled for 2 p.m. on Monday, August 19th at Kinsmen Beach. The celebration will include over 20 Kraft food stations and the Rotary Club is combining the event with its annual Kids Festival, which was originally slated for August 24th. Volunteers are

Check back with The Pioneer for more details on the event closer to the date. 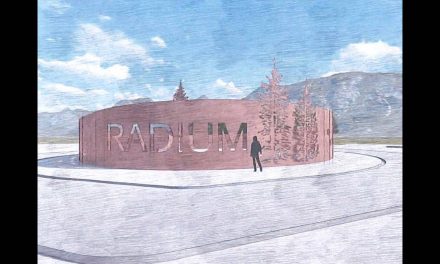 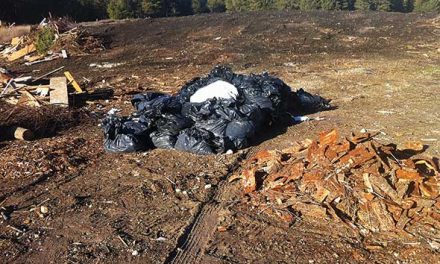