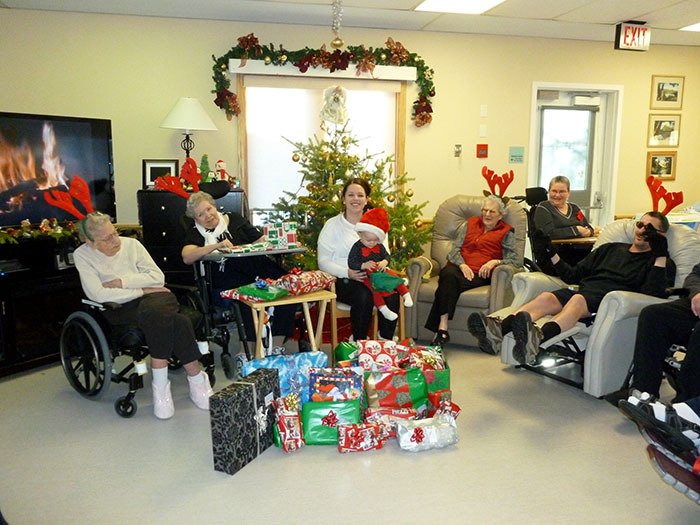 They say good deeds never go unnoticed, and one in particular that brought a smile to many faces at Invermere’s Columbia House on Christmas morning is no exception.

It started in Windsor, Ontario where a friend of Meagan Fazackerley’s was organizing Christmas gift donations for a retirement home. Fazackerley, who moved to Invermere from Windsor about three years ago, originally offered to help by mailing her a few items, but then realized she actually wanted to organize the same thing locally.

“I really wanted to get involved,” she said.

After choosing Columbia House as her focus, the next step was co-ordinating a gift collection, which she did in mid-November by posting her request for donations on several different local groups’ Facebook pages. The Columbia valley RCMP detachment agreed to be the drop off location and a deadline for any donations was set for December 15.

“I wanted everyone to have a gift, at least something to open on Christmas day,” she said.

“She called and said she had all these gifts and would like to bring them,” said Goertz. “She was adamant that every single resident got a gift.”

Together they individually wrapped the presents, sorting them according to which ones suited which resident and personalizing them with recipients’ names.

“(Meagan) was short of some gifts, so she went out and came back in about an hour and had bought some more gifts,” explained Goertz.

On the morning of December 25, Columbia House care staff distributed the gifts “so everybody had a Christmas present from Santa on Christmas morning,” said Goertz, adding that several of the residents later remarked on the usefulness of their gifts, which ranged from colourful, warm socks to cozy lap blankets.

“For somebody so young to think of that and come through with that… it made her happy, it made us happy, it made the residents happy. Everybody was really thrilled at what she did,” she said.

For her part, Fazackerley was touched by the generous donations and hopes to make the project an annual tradition.

“Hopefully I can expand on it and get some bigger gifts, that way everyone has something really nice on Christmas Day to open,” she said. “Some of the residents there don’t have any family or the family is far away so I just thought it would be a really nice thing for a little Christmas cheer.”

“It truly is a Christmas story,” said Goertz. 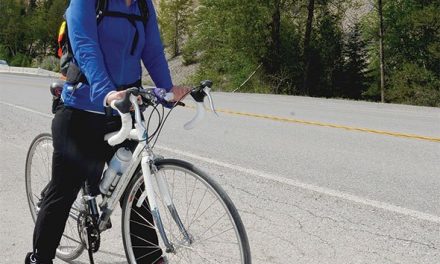 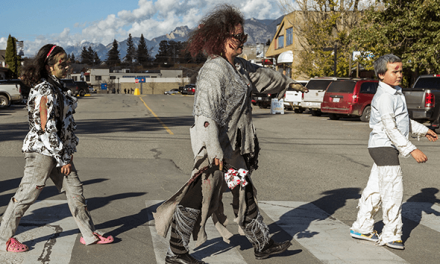