With no progress made on Jumbo Glacier Resort since the project lost its environmental certificate, the Province has agreed the fledgling mountain resort municipality should not assume a voting seat at the Regional District of East Kootenay (RDEK) board table on January 1st, 2017, the timeframe originally stipulated in the provincial legislation that created and incorporated Jumbo Glacier Mountain Resort Municipality (JGMRM).

In a letter addressed to RDEK chair Rob Gay, Minister of Community, Sport and Cultural Development Peter Fassbender concurred that because a residential population has not been established at JGMRM, it would be most efficient to remove the reference to January 1st, 2017 from RDEK Letters Patent.

The original letters patent from November 19th, 2012 would have seen Jumbo become a sitting member of the RDEK when it either reached a tax assessment level of $30 million, or in January 2017 whichever came first.

Mr. Fassbenders letter was in response to one by Mr. Gay expressing the RDEK Boards support of the Jumbo councils request made back in March that the Province amend the letters patent by pushing back the Jumbo municipalitys regional voting rights by an additional three years, to January 1st, 2020.

At the time of the request, Jumbo mayor Greg Deck said the mountain resort municipality simply did not have the residents yet to warrant an active role in the RDEK.

In addition to supporting the Jumbo municipalitys request to extend the timeline by another three years, in his letter Mr. Gay went on to remind Mr. Fassbender of the RDEK Boards position that the resort should not be granted an RDEK seat until there is a sufficient population to elect a governing council.

We encourage the Province to consider tying a voting JGMRM seat on the RDEK board not only to time constraints but also to a base minimum permanent population and a base minimum assessed value, he states in the letter.

But in his reply, Mr. Fassbender glosses over any reference to a permanent population, stating instead the letters patent should retain the assessment threshold of $30 million as the sole criterion for JGMRM assuming a voting role in RDEK matters.

This has always been a big concern of mine. The only thing crazier than having a town with nothing in it and no residents is to then say that these provincially-appointed puppets should be allowed to participate in and vote on regional decisions which impact real communities with real citizens, Invermere mayor Gerry Taft told The Pioneer. Having no connection between population or elected council and regional district voting is a terrible idea.

If voting seats were given out simply based on an assessed value then large companies could be sitting at the table telling local people how to do things, he argued.

If tens of millions of dollars of development and hundreds of permanent residents dont show up in Jumbo in the next few years, the Province should end the joke of a town and dissolve the damn thing. Why is the Province afraid to admit creating this town was a bad idea? asked Mr. Taft.

At the RDEK meeting on August 5th when Mr. Fassbenders letter was received by the board, Mr. Taft proposed a motion to ask the Province for a timeline to dissolve the Jumbo council if nothing happens with the resort in the next few years, but his motion was voted down 11 to 4.

According to a spokesperson on behalf of the Ministry of Forests, Lands and Natural Resources and the Ministry of Environment, the concrete foundations poured at the proposed site of the resort in October 2014 prior to the project losing its environmental certificate are still considered the property of Glacier Resorts Ltd. as the company still holds a valid Master Development Agreement.

(Glacier Resorts Ltd.) have indicated that they will submit a revised plan and may utilize the foundations should the province accept a revised Master Plan, the spokesperson said in an email. We have no information to suggest that the foundations are in a state of disrepair and are a safety hazard.

Some Master Plan information has already been submitted by Glacier Resorts, but a complete Master Plan has not been accepted for review purposes, the spokesperson noted.

The Province is reviewing the information submitted by Glacier Resorts and is in discussions with them at present, he said in the email.

In January 2016, The Pioneer reported Glacier Resorts Ltd. had filed documents with the BC Supreme Court petitioning that Minister of Environment Mary Polaks decision not to renew the projects environmental certificate be quashed and set aside and the certificate be declared in good standing.

When asked about the case, the spokesperson replied: We have no statements at this time as it is a matter before the courts. 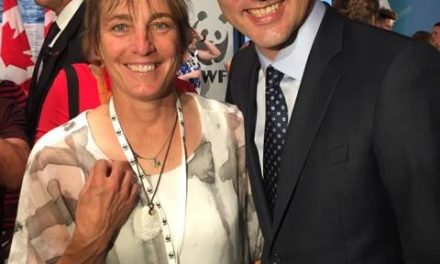 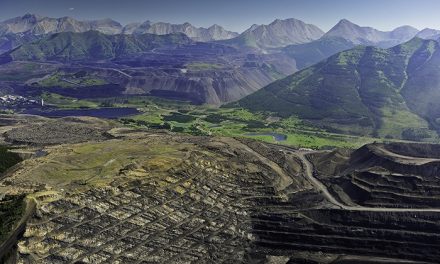