A Quebec NDP MP and a group of several hundred farmers gathered on the steps of Parliament Hill in Ottawa last week and called on the federal government to stop allowing protein concentrates from south of the border to be used as milk in Canadian cheese.

NDP agriculture critic Ruth Ellen Brousseau said on Thursday, April 21st that the ingredient causing the furor — called diafi ltered milk — is being used improperly, and small-scale local dairy farmers across the country are suffering as a result.

Local dairy producers as well as others involved in the agriculture industry here in the Kootenay region have echoed her sentiments and raised other concerns.

“This is simply not right. What’s really sad is that small producers are feeling the wrath of this much harder than the big companies. A lot of local-scale farmers are really going to be hurt by this. It blows my mind that it’s even happening. Somebody needs to put a stop to it,” said Hopkins Harvest manager Kersten Hopkins. Hopkins Harvest is an outlet for D Dutchmen Dairy, out of Sicamous “On top of that, it’s (using a protein concentrate) gross. It’s similar in some ways to using genetically modified organisms. We have a natural way of doing things; why don’t we stick with that? We as consumers should probably not be putting these kinds of things in our bodies.”

All cheese made in Canada must, bylaw, contain a minimum amount of actual milk. Many large Canadian dairy companies have been using diafiltered milk from south of the border as actual milk — a move that is fi ne according to the Canadian Food Inspection Agency (which classifies the protein concentrate as milk), but not fine according to the Canadian Border Services Agency (which classifies it as a protein ingredient).

“The situation is urgent and producers are tired of waiting.

The solution is simple and comes down to the government standing up for Canada’s dairy industry by enforcing cheese composition standards,” said Kootenay-Columbia MP Wayne Stetski in an April 25th media release.

“Our family dairy farms are being threatened and the NDP will continue to fight for their future.”

According to Stetski’s media release, Canadian producers lost a total of over $220 million in 2015 due to imported diafiltered milk from the United States.

Although there are no dairy producers in the Columbia Valley, nearby Kootenay Meadows Farm, whose milk is popular here in the valley (also known as the Kootenay Alpine Cheese Company), is in Creston and the owners of that dairy agreed that diafiltered milk is an issue.

“It’s not a good thing for Canadian dairy farmers and it’s hurting our market,” said Kootenay Meadows co-owner Wayne Harris. “It’s displacing milk that otherwise would have be produced in Canada by dairy farmers.”

Harris, who uses only actual milk produced on his farm to make his cheese, cautioned that he’s not an industry spokesperson, but said using diafiltered milk “leads to an inferior quality of cheese and, worse, you can’t guarantee where that milk was produced.”

The cow growth hormone bovine somatotropin, for instance, is currently not used in Canada (Monsanto Co. tried unsuccessfully to get it licensed), but is widely used south of the border and is quite likely in diafiltered milk coming up from there, said Harris.

“So a hormone that isn’t used here in Canada is essentially coming in the back door with this protein concentrate,” he said.

Brousseau tabled a motion in Parliament the same day the farmers gathered on Parliament Hill, which MPs then spent much of the day debating. They will likely vote on the matter early in May. 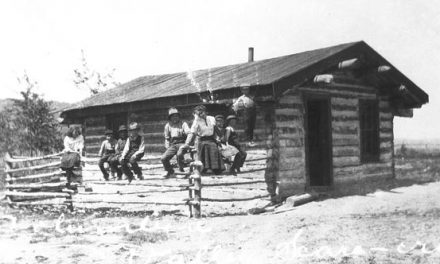