He developed the KtunaxaFont app with a phonetic keyboard option that allows users to write on Facebook, Twitter and iMessage in traditional Ktunaxa characters with full and small glottal stops (a sound made by obstructing air flow in the middle of a word), hard consonants (, k, m, n, p, q and t) and the raised dot (a, i and u) for long vowels.

It was intended to empower Ktunaxa speakers to utilize their language in tech environments such as Facebook, Twitter, texting and iMessage, said Mr. Horsethief. Previously Ktunaxa speakers had to cheat by using English characters, which means they were actually learning an inaccurate writing convention at the same time they were trying to learn to write Ktunaxa this has an adverse impact on second language acquisition.

The app was ported to Android, which made the Ktunaxa font available on the top two mobile operating systems representing about 95 per cent of the mobile device market, according to Mr. Horsethief.

The Ktunaxa app was the prototype for a series of keyboard apps that could empower mobile users from other Indigenous speech communities, he said. Currently, the Ktunaxa keyboard app are the Number One download, with Maori as Number Two and Interior Salish Number Three.

In addition, he has designed Apple Store Fronts for Eastern Cree, Western Cree, Cheyenne and the Navajo Nations.

Mr. Horsethief received a Bachelor of Arts in Interdisciplinary Studies from Western Washington Universitys Fairhaven College, a Masters in Applied Economics from Washington State Universitys School of Economic Sciences and a Ph.D. from Gonzaga Universitys Doctoral Program in Leadership Studies.

The Ktunaxa Nation Council sponsored the project to make the information available free of charge.

The Ktunaxa language is thousands of years old, a unique language not related to any other in the world, it connects us to each other, to the earth and to our ancestors, said Donald Sam, Ktunaxa National Council Traditional Knowledge and Language Sector. Speaking the Ktunaxa language, we honour our ancestors and commit to perpetuating our traditions and culture on to future generations. The Ktunaxa recognize that we live in two worlds. We are taught to hold onto our traditional ways, but also live in a world of hustle and haste, a world of electronics and material things. Revitalizing the Ktunaxa language and protecting it from extinction is of utmost importance to me, and utilizing the latest in technology makes it relevant to the youth I am trying to inspire.

Mr. Horsethief believes its critical to embrace modern technology as a way to preserve First Nation history and culture.

The Ktunaxa speech community has been a leader in using tech to drive language revitalization efforts, he said. Several projects, dating back to 2005, have pushed the envelope of coding languages and network architectures to gain insights into speech community activity. This work has driven academic scientific research in the fields of collective intelligence, leadership science and group dynamics. We will continue to use new tech in new ways to ensure beginner speakers can speak old words and live traditional values.

Mr. Horsethief is working toward building relationships with each nation to have each community sponsor the development of their languages keyboard app so the information can be free to the community, which means the apps are downloaded twice as often as the $5 apps he initially creates.

For more information about the project, visit www.christopherhorsethief.com. 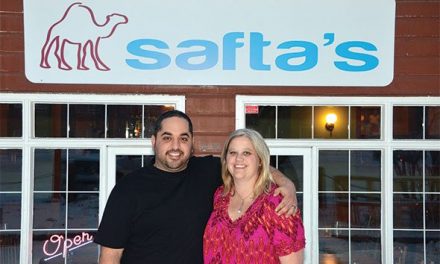 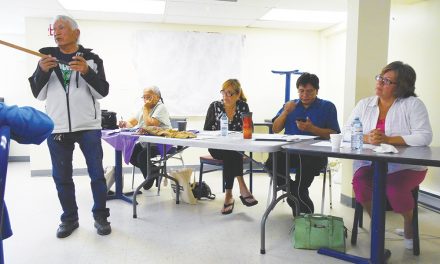 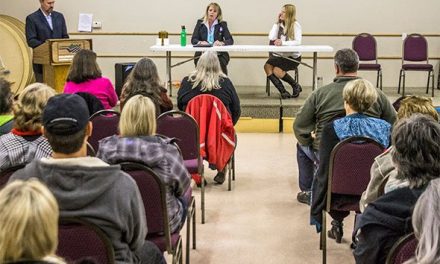