One month after its challengeof the B.C. governments approval of a Master Development Agreement for Jumbo Glacier Resort was dismissed by the Supreme Court of British Columbia, the Ktunaxa Nation has announced it is appealing the courts decision.

Our beliefs are what make us Ktunaxa and being told that our sacred relationship regarding Qatmuk and its need for protection from this development are not important enough to stop the destruction of our sacred place should concern any British Columbian who cherishes the freedom to practice their religion without interference and respects constitutionally protected rights, said Ktunaxa Nation Council Chair Kathryn Teneese in a press release.

According to the release, the appeal will be heard in the British Columbia Court of Appeal this year or in early 2015.

The KNC has every right to avail itself of the legal system to pursue its goals, Jumbo Glacier Resort mountain resort municipality mayor Greg Deck told The Pioneer in an email. My only hope is that, if they do not succeed with their appeal, they will accept the ruling of the court, just as others have when judgments have gone in favour of the KNC and other First Nations.

The April 3rd Supreme Court of British Columbia ruling found that the construction of Jumbo Glacier Resort would not significantly interfere with the areas spiritual importance to the Ktunaxa, who assert the resort will be built in the middle of what they traditionally refer to as Qatmuk the sacred site for the grizzly bear spirit.

The appeal comes as no surprise as the day after the challenge was dismissed, Ms. Teneese issued a statement to the effect that the Ktunaxa Nation would continue to explore every avenue available to stop the development of Jumbo Glacier Resort.

Our resolve is stronger than ever and we will continue to stand our ground, she said in the statement.

The next Mountain Resort Municipality of Jumbo Glacier council meeting takes place on Monday, May 12th in the Village of Radium Hot Springs council chambers. Its expected council will adopt the financial plan bylaw that was given three readings at the last meeting, which outlines a five-year financial plan with projected revenues largely based on a provincial Small Communities Grant of $200,000 for each of the five years. 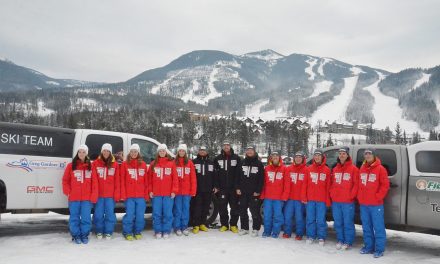