Light has been shed on one of the darkest chapters in Canadas history book, but that might not be the end of the story.

The devastating realities of the 382-page summary of the final Truth and Reconciliation Commission (TRC) report has triggered applause, tears, support and criticism from First Nations communities across the country.

Ultimately, she believes that education about residential schools and health care recommendations to use healing centres were the most relevant results for her community.

The one thing I liked about it was educating teachers in history and cultural differences, said Ms. Cote, noting she worked in public education for 37 years before retiring. I worked with teachers and theyre wonderful, but they just dont know what the local tradition is so they need to spend time doing that, and I think the Ministry of Education needs to enforce it.

She added it would be nice to see more First Nations people working as teachers in the community.

David Thompson Secondary School Aboriginal support worker Debra Fisher says using the word cultural before genocide is a real problem as it glorifies what happened in First Nations communities during the systematic destruction of traditions, values and languages. In its report, the TRC concluded that Canadas residential schools amounted to cultural genocide of Aboriginal people.

Ms. Fisher, who was unanimously elected in May to be the first Columbia Valley Metis Association (CVMA) president, believes that such a statement doesnt frame the historical timeline correctly.

She believes the TRC report is largely a step in the right direction for residential school survivors after a long period of waiting around for others to recognize and acknowledge the devastating experiences that began there with a series of abusive behaviour.

The report, which revealed the shocking scale of abuse that First Nations children were historically faced with, has ultimately resulted in 94 recommendations to resolve conflicts from the past.

Ms. Fisher urges Columbia Valley families who were forced to assimilate at Indian Residential Schools to focus on healing from physical, psychological and sexual abuse in light of the monumental disaster that took place on Canadian soil when the Fur Trade began.

However, she remains skeptical about how the educational recommendations will play out.

Its a great idea in theory, she said. But thats only if the curriculum is accurate and hasnt been watered down. It also has to be information that can easily be adapted for every grade so that they can understand what happened and learn from history.

Akisqnuk First Nation chief Lorne Shovar expressed some doubts, but ultimately was pleased with the push to make changes for the future.

Recommendations and reports are one thing, but if the federal and provincial governments are serious about this report, then when we see the action plan associated with those recommendations is where were going to see the most impact, said Mr. Shovar, adding a plan would be the most appropriate next step. We need at least a plan on some of the major, major recommendations Residential history being in the B.C. curriculum, I think thats a good first step. 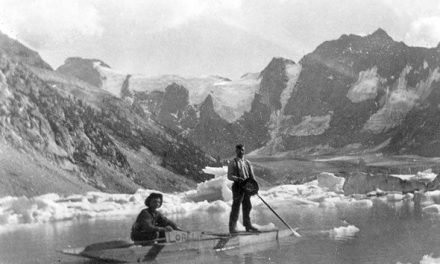 Trial on Jarock death will proceed