During the  Union of British Columbia Municipalities (UBCM) convention in late September, local elected officials met with their provincial counterparts on several items of local interest to the valley.

Prior to the meeting Booth had said the minister had previously acknowledge the gap in recycling services in rural areas, such as the East Kootenay, under MMBC and expressed hope there would be some indication from the ministry on how those gaps would be filled.

Taft had said a major sticking point for the Upper Columbia Valley is that MMBC is funding curbside pickup programs but not yellow-bin programs, and that the only recycling depot serving the entire East Kootenay is in Cranbrook.

There was, however, little information from the ministry during the meeting, according to Taft.

“There was a bit of finger-pointing and the excuse we were given (for the lack of service under MMBC in the East Kootenay and other rural areas of B.C.) is that the newspaper industry is not contributing. However, it’s my understanding that signing up for the program might not be financially feasible for many smaller newspapers, so it’s kind of standoff now. It seems that the province is being cautious for the time being on how hard to push the newspaper industry.”

Taft added he’s heard there are bigger implications as other provinces keen on potentially implementing similar programs (such as Ontario) are looking to see how the MMBC-newspaper issue plays out here in B.C.

In a meeting with Minister of Community, Sport and Cultural Development Peter Fassbender about the status of Jumbo Glacier Mountain Resort Municipality, Taft also came away with little new information.

“He (the minster) basically said his ministry is going to wait and see what happens with the revamped proposal for a smaller (Jumbo) resort and with the legal cases involving Jumbo,”

Prior to the meeting, Taft had said that when he’s previously asked ministry officials what the minimum number of year-round residents is needed for a viable municipality, the answer he’s received back is 400 — a number Taft said he feels is unlikely to be reached with a 2,000 bed-unit resort.

Canal Flats mayor Ute Juras met with Canfor chief executive offiver Don Kayne, as well as with Premier Christy Clark and Minister of Jobs, Trades and Skilled Training Shirley Bond to discuss the future of the Canal Flats mill (which Canfor is set to permanently shut down in November).

“I think it was a somewhat promising trip for me,” said Juras, speaking just after the UBCM. “They all committed to a working group being established to look at alternative products or value added products that could be processed at the Canal Flats mill.”

The working group has already had its first meeting last week in Canal Flats, and the group includes representatives from the Ministry of Jobs, Trades and Skills Training; the Ministry of Forests, Lands and Natural Resource Operations; the Village of Canal Flats, Canfor and other stakeholders.

“We’ve been a mill town for the past 100 years and we want to stay a mill town, or some variation on it,” said Juras.

Although several ideas for potential  value-added or alternative products were tossed around during the meeting, nothing definitive has been decided yet. 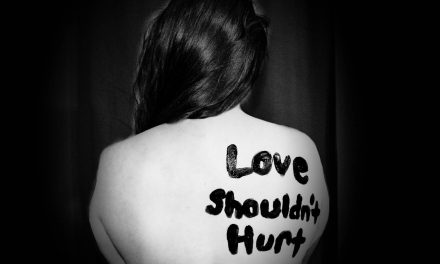