First, the facts: one out of every nine Canadian women will develop breast cancer during their lifetime; one of 29 will die from the disease. Women in the Kootenays are not exempt from that statistic, and the unfortunate reality is that beating the disease once is no guarantee that a woman wont have to face the dragon again.

Sheila Tutty is a survivor who has battled breast cancer twice. Sheila was first diagnosed with the disease in May 2007. The first indications showed up following a regular mammogram performed in Invermere in the travelling mammography unit.

Once detected, a diagnostic mammogram and ultrasound were scheduled at the East Kootenay Regional Hospital in Cranbrook, but for the more precise stereotactic biopsy, Sheila and her husband Stuart had to travel to Calgary. This was more than an inconvenience it was a frightening and emotional time.

This added weeks to the horrible waiting time, further delayed because of the mailing of test results, Sheila said. Fortunately my cancer was detected in the very early stages, and after having radiation treatments in Kelowna, and two surgeries both performed at the Cranbrook Regional Hospital my cancer was considered gone by late 2007.

I felt extremely lucky that this cancer had been detected as early as it was, and so was so much easier to cure.

Sheilas relief was short lived. In March 2010, she was diagnosed with the much more aggressive inflammatory breast cancer (IBC), which, because she had already had the disease, moved more quickly than before. She began the harrowing chemotherapy treatments that would shrink the tumour to an operable size, and in August of that year, she had a double mastectomy.

She is grateful to have had a strong support system at such a difficult time and that she was close to home for her treatments.

I could not have made it through this without the loving support of both the community and my friends and family, said Sheila.

While I spent the five weeks in Kelowna for my radiation in 2007, I stayed with my oldest sister. Then again, when I had to spend three weeks there for my surgery, I had her loving support.

Another of my sisters came out from Calgary every time I had a chemo treatment and stayed with me while I recuperated. Another sister came out to take care of me when I had my surgeries. And my husband, Stuart, was there every daynot only giving me physical support but, more importantly, emotional support.

Sheilas experiences have made her a strong supporter and advocate for regional breast cancer research initiatives, such as Relay for Life, and particularly for the East Kootenay Foundation for Healths upcoming $1-million campaign, A Clear View. The Foundation will be raising money and awareness in order to purchase a digital mammography machine for the East Kootenay Regional Hospital.

The new machine will replace the outdated technology that currently exists at the hospital, and will give radiologists and surgeons a more accurate view of abnormalities in the breast tissue and give patients a quicker diagnosis and chance to be treated close to home.

Cancer can be beaten, said Sheila Early detection is the key. We need to have equipment available to us to help detect cancer in its early stages in order to cure it before it kills.

Road work crews ready for busy season in the valley 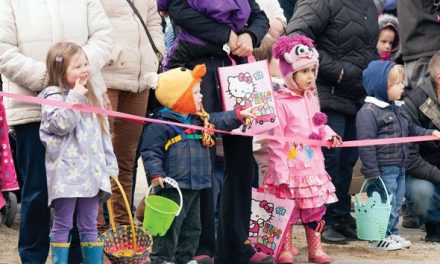 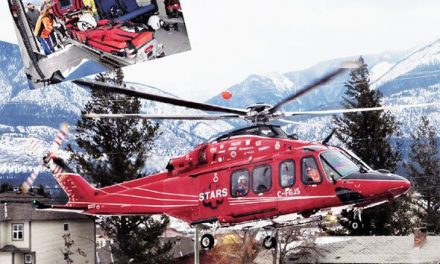