Looking back on a tragic event

The Wilder family told their side of the story at the inquest into the May 2011 death of Patrick Wilder, held from October 21st to 24th in Invermere court.

The newspaper reporter was not present for our testimonies in the courtroom; we are now telling our side of the events leading up to Patrick Wilders death and how they relate to the recommendations made by the jurors.

After Fairmont Hot Springs Resort was sold in 2006, Janet and Patrick Wilder bought an acreage near Burns Lake, B.C. and lived there for four years before returning to Fairmont in 2010 to renovate their business, after a long-term renter had gone into receivership.

When Patrick returned, he found that his business neighbour, Tonys Greek Grill was using his property for parking and storage of refuse bins. In fact, Tony had renovated his property to provide access to parking on Patricks property. Unhappy with this, Patrick decided to mark his property to show where the property line was located.

The Wilder family believes that, contrary to Mr. Stergious testimony at the inquiry, he did threaten Patrick on the day Patrick was marking his property, prompting Patrick to report the incident to the police.

At the inquest, Mr. Cameron Ward (the lawyer for our family) stated to police that Tonys Greek Grill had become a hangout for the RCMP. Staff Sgt. Shehovac stated that they often ate there and that Tony refused payment for the meals he served to the RCMP, and would only accept tips.

On the evening of Patricks passing, he saw four police cars parked on his property near Mr. Stergious restaurant, and phoned in a complaint to the RCMP dispatch. Police records show the dispatcher remarked Patrick was a real loony when she forwarded Patricks complaint to police.

After the call, four police cars left Patricks property, and he locked up the business and went home. A few minutes later a police car pulled into the parking lot with its siren blasting and lights flashing. An officer told me Patrick had said he was going to end it all.

In disbelief, I told the officer I was going to search the house and outbuildings, but I couldnt find Patrick. I pleaded with the officers to leave Patrick alone.

When the police found out that Patrick had a registered gun, I asked again for them to give Patrick some space. (In total, I asked them at least seven times to leave Patrick alone.) At the inquest, I told the court that at that point, police had changed their attitude from helping Patrick to treating him like a criminal.

The police left, and asked me to call them if Patrick came back. When he returned, I complied, believing the police wouldnt come back. But they did, and I met them at the outbuilding where Patrick was, as the police banged on the door. I felt defeated; I felt there was nothing more I could do to help Patrick, so I gave police the key to the door, hoping he would be all right.

I told the inquest that the police did not give Patrick any options; they never offered to get him some help, or take him to see a doctor. We pleaded with Patrick not to take his life, but it was to no avail.

Its important to share the fact that in August 2003, Patrick had been taken into police custody after an altercation when officers arrived in response to a noise complaint from a party Patricks kids were having. They took him into police custody, where Patrick tried to commit suicide twice. This was the only time Patrick had ever tried to take his life. Since all documents were purged, there is no record of this incident and subsequent attempts of suicide.

At the inquest, jurors came up with the following recommendation: that the commanding officer of the RCMP in B.C. and the chiefs of all municipal detachments in the province review current practices and policies related to the current file management systems, and to ensure appropriate retention periods for information relating to the confirmed suicide attempts and other mental health incidents in which police and medical intervention is required.

At the inquest, I said that if police officers have time to call for tracking dogs, they have time to call a mental health practitioner. The second recommendation made by the jurors is that the provincial health minister consider the feasibility of establishing a network of mental health professionals available to assist front line police officers during their investigations of and interactions with suicidal people. It is our familys hope that these

recommendations will serve and protect others from the same demise as that of Patrick Wilder.

The transcript from the coroners inquest into the death of Patrick Wilder will not be available to our family until December 2013. We will make the verbatim transcript available to anyone who is interested in reading it.

Thanks to volunteers committed to helping kids

Thanks for laying it bare 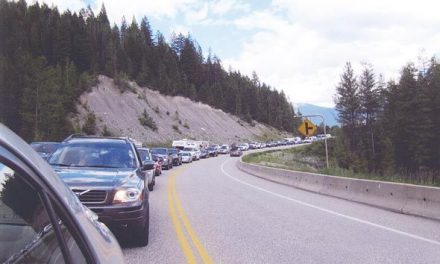