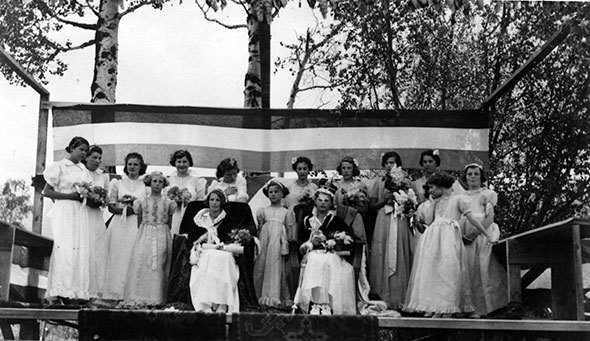 Re: 1938 May Queen Ceremony photo in The Pioneers December 18th Historical Lens.

Edna Olson is my mother. She passed away January 15th, 1991. She was 15 years old when the picture was taken, but went on and did great things with her life. She was in the Canadian Womens Army Corp during the Second World War, where she met her first husband (who was American, but joined the Canadian army before the United States entered the war because he was anxious to fight) and moved to California after the war. We went to Invermere for the first time in 1960 for my grandfathers (Simeon Olson) funeral and she reunited with her family after almost 15 years. I still have a ton of family members all over Canada and am happy to say we keep in touch. If you have any questions about Edna Olson, please call me at 916-332-5001, or contact me by email at l_hennessy@yahoo.com.

Move the deer with trailers

Lakes not included in regulation

Plastic bags are a drop in the bucket

Do the limit, never get a ticket