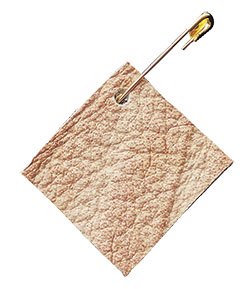 Domestic violence is an issue that hits home for many people around the globe, but the Moose Hide Campaign is hoping to put an end to it by urging men to take a stand against violence for women and children.

Debra Fisher, who serves as both the Columbia Valley Metis Association (CVMA) president and Shuswap Indian Bands (SIB) education co-ordinator, has begun distributing small square moose hide pins to the community to honour the cause and help it gain traction within Canada.

Its an awesome initiative because its men-driven, said Ms. Fisher. I think its both important and impressive that men want to end violence against women and children, and Im challenging the Columbia Valley to help spread the word.

The Moose Hide Campaign is a grassroots movement of Aboriginal and non-Aboriginal men who are standing up against violence towards women and children. Those who support the cause believe that wearing this piece of moose hide signifies their commitment to honour, respect and protect the women and children in their lives; while working together with others to raise awareness about domestic violence.

Ms. Fisher has hand delivered 300 pins to the members of the Metis Nation B.C. at the annual general meeting, the Akisqnuk First Nation and the Shuswap Indian Band. She is planning to request additional pins to continue distributing them in the Columbia Valley.

Im going to order some more and Im thinking about dropping it off at the District of Invermere (DOI) to challenge the community to wear them, said Ms. Fisher, noting others could contact her by e-mail to secure Moose Hide Campaign pins.

In addition, Ms. Fisher has challenged Roxane Baalim (her sister, who is a retired RCMP officer and now is responsible for operating Victim Services for Alberta) to promote the Moose Hide Campaign in Alberta.

We want to spread the word, so if anybodys interested in wearing moose hide to support the cause, they can contact me directly, said Ms. Fisher.

Contact Ms. Fisher at 250-688-5096 or education@shuswapband.net. To learn about the Moose Hide Campaign, visitwww.moosehidecampaign.ca. 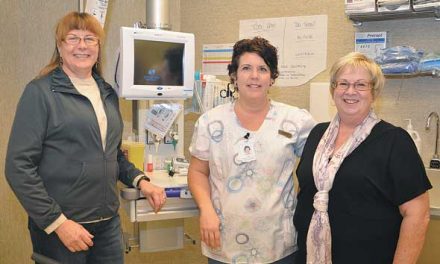 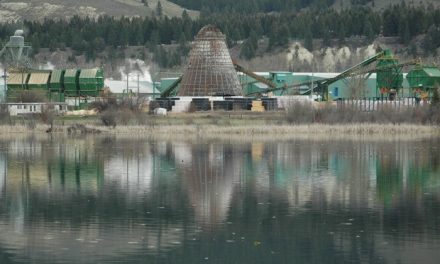