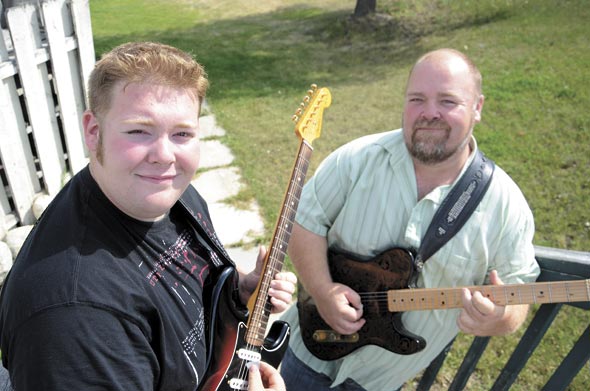 GUITAR GREATS Eli Beingessner (left) and his father Marty (right) have become local celebrities by strumming their wide range of musical styles all over the valley. Photo by Kristian Rasmussen

A father-and-son musical duo have discovered a world of creative expression between a few inches of wood and six tightly wound strings.

Marty and Eli Beingessner can be seen sharing their renditions of classic rock, country, folk and original songs all over the Columbia Valley, at a range of local events.

Basically I was born into music, Eli said. Music has always been around me throughout my childhood and I always wanted to do what my dad was doing when I got a little older.

The 18-year-old, who has been playing guitar for five years, draws his influence from blues great, Stevie Ray Vaughan.

Despite being a relative newcomer to the guitar world, Eli hopes to have the honour of opening for country music stars Terri Clark and Paul Brandt in Lethbridge, Alta next year.

Although he is excited about the possibility, fame is not his number one goal. The musician delights in finding a balance between big crowds and big smiles.

I am mainly concerned with making people happy and being able to play the stuff they want to hear, he said. I havent been putting myself out there as much yet, but I plan to a lot more in the future. I think I ought to go to New York and find a nice place in Times Square, where they wont kick me out, and crank up the amp and play till somebody sees me.

Before devising his plan to shower blues riffs down on the crowds of Times Square, Eli was entertaining the home crowd, his parents Marty and Sandra Beingessner.

He began playing the piano at four years old and was inspired to move to his current instrument of choice when he was in grade nine.

I think he got more into the guitar because it is more portable and versatile, Marty said. He was taking it to school to show off for the girls!

As a teenager, Eli bought the video game, Rock Band, and immediately shocked his parents with his uncanny ability to replicate the songs with a real instrument.

I came home and heard my guitar being played like crazy in his room, Marty said. I was thinking, Who is visiting Eli who can play like that?

Elis musical ability progressed quickly and he can now largely play a song by ear, without having to consult musical notes.

Elis father, Marty, has been a major inspiration for the young guitarist and has been playing music for several decades.

He had put his guitar career on hiatus after the passing of his close friend and fellow musician, Dennis Larochelle, and has spent the last five years rediscovering his love of music with his son.

The pair complement each other musically because Marty, who is inspired by country legend, Johnny Cash, can meld his relaxed flow with Elis wild blues style.

I like that we have such a wide range of music to do together because he mellows me out and makes me do some of the stuff that is not as crazy, Eli said. I force him out of his comfort zone and throw him under the bus at times.

Marty has introduced a musical tradition to the Beingessner household drawn from his own upbringing. When he was 11 years old his mother, Bev Beingessner, told him that everyone in the family needed to learn how to play music.

As a result, Marty began playing guitar and progressed throughout elementary school. He ended up playing in his high school band and, like his son, found that the structure of the classroom was not for him.

I actually got in trouble in high school for playing by ear in the band, he said. My teachers said You are supposed to be reading the music, or you are not supposed to be in band class.”

Although he was able to replicate songs by ear, Martys free-spirited playing did not fit in with the schools curriculum. When testing time came, his instructor knew that Marty could not read a note and had to ask him to leave band class. Marty has never found his music on a sheet of paper and instead taps his creativity from a different source.

Music is one of those things that you have to have in you to feel it and just kind of go with your instincts, he said.

The love of chords has been a constant in the

Beingessner household. The duo plays up to four events during an average weekend and can be found every Saturday at the Invermere Farmers Market.

I love the feeling I get when I play music, Eli said. I dont really know how to put it into words, but you can forget about anything that you are not happy with in life when you are playing guitar. It is a real release.

Eli loves playing guitar so much that he tries to combine it with other activities. When he goes fishing with his father he likes to bring an instrument along.

He has thought about bringing the electric guitar, Marty said. He asked me, Can you bring your generator? I was like yeah. He told me he was going to bring his amp. I said no pretty quick!

The duo have a website and can be found on myspace at http://www.myspace.com/martybeingessner. 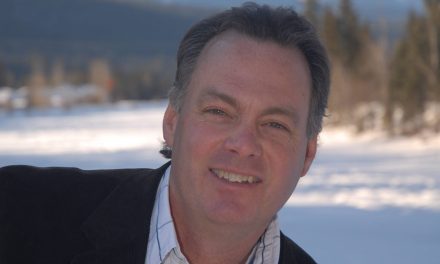 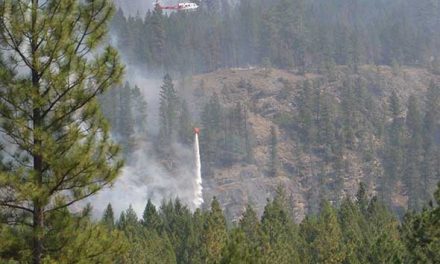