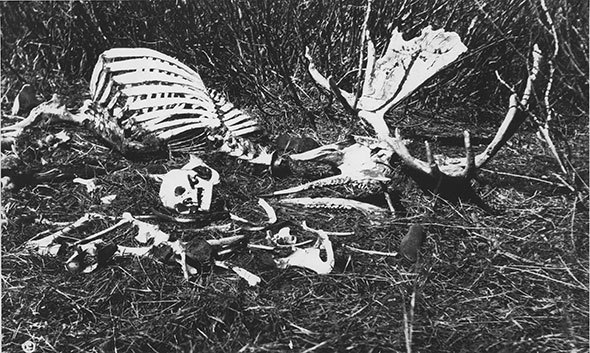 Information has come to light on this undated historical photo, title A man, a moose and a mystery from the March 8th issue of The Pioneer. The human remains in the photo are of a man who went missing in 1921, and was found in 1926, in Idaho, reports a local reader. The man was believed to be setting traps in the fall when he encountered this moose. At least two shots were fired, the second which appears to have caused the moose to fall on the man, trapping him. A knife was found in the mooses vertebrae, indicating a struggle had most definitely ensued.

Focus on the socio-economic reality

Invermere isnt the only town with deer issues

Use proper logic when voting, or were all in danger