Valley farmers are reacting negatively to Bill 24, which was passed in the provincial legislature in Victoria late last week and makes changes to B.C.’s Agricultural Land Commission (ALC).

The bill divides the province into two zones. In the first (the Lower Mainland, Okanagan, Fraser Valley and Vancouver Island), the commission will be largely unchanged, while in the second (the rest of B.C.’s interior, northern parts of the province and Kootenay region) changes will allow for non-agricultural business to occur on farms.

According to the provincial government, the new flexibility in Zone 2 will help farmers develop alternate sources to generate much-needed year-round income in areas with short growing seasons. Critics, including the opposition NDP and major agricultural groups such as the B.C. Cattlemen’s Association and the B.C Agricultural Council, have expressed disappointment, charging that Bill 24 will do little more than speed up commercial development of land they say should be preserved.

“It’s sad to see,” said local farmer and Winderberry Nurseries co-owner Oliver Egan. “What’s really happening is that (the government) is loosening the laws and regulations so that (land owners) can develop farmland, if they want to. This bill has made it harder to farm land. It’s made it easier to do mixed production.”

According to proponents of the bill, Zone 2 is not under the same kind of development pressure as Zone 1, said Mr. Egan. “But for the Invermere area, that’s false, with all the development money pouring in from Calgary,” he said. “There’s a beautiful agricultural belt that’s in the middle of Windermere — think about what might happen to it. People will apply to have their zoning changed, they’ll pull their land out of the Agricultural Land Reserve (ALR) and then it’s gone forever.”

Mr. Egan’s farm is in the middle of that belt, and his potential to expand will only be further limited, he said, since buying surrounding land will mean buying not at farmland prices, but at speculative real estate prices.

“There won’t be an immediate change, it’s more of a long-term consequence. The bigger changes won’t be noticed for at least 10 or 15 years, but they are significant. This is land that (has been) being protected for generations.”

Parsons rancher Gary Habart, on the other hand, said he supports Bill 24.

“Most areas on my farm that are usable, I am already farming. But there are some areas that are not worth farming,” said Mr. Habart. “I am not a subdivider, that is not my goal. But in some cases for other people, it may be okay. Most farmers here know their own land. If they decide they want to do something besides farm, they should be allowed to do it.”

But according to Windermere District Farmers’s Institute director, B.C. Cattlemen’s Association director and local rancher David Zehnder, the majority of farmers and ranchers in the valley and entire Kootenay region are against the changes in Bill 24.

“The B.C. Agricultural Council represents 14,000 farmers and ranching families across the province and has taken a formal position against Bill 24. The Cattlemen’s Association represents more than 1,000 ranchers and has a similar position. I feel this often gets lost in the media stories, which often quote one person in favour and one person against and make it seem like there’s a 50-50 split, it’s just not that way in this case,” said Mr. Zehnder, adding the Windermere District Farmers’ Institute has also send a letter with unanimous support of its members rejecting the proposed changes in Bill 24 and requesting consultation on the issue.

“We have two main problems with the bill ? how it was moved forward, with a lack of proper consultation, and what it contains,” said Mr. Zehnder, citing similar concerns as Mr. Egan. “There’s been a major decline in the level of agriculture in the valley in the last ten years, we’ve lost half our producers. Potentially we’re at a tipping point, if we go below a critical mass in terms of how many farmers and ranchers we have here, it becomes difficult to retain key infrastructure.”

He said 10 to 20 years ago there were seven separate ranching operations on the east side of the valley between Invermere and Fairmont and now they are all gone.

“What’s replaced it is golf courses and the associated developments. If that trend continues, how long will it be before there’s no agriculture left in the valley?” he asked, adding that the farmers’ institute has sent two letters to the provincial government seeking to be heard on the issue, but hasn’t received a response.

“They didn’t seek our input, but the legislation has already gone through.”

He said the group has been assured there will be significant consultation before the regulations accompanying the Bill 24 changes are formulated.

According to Mr. Macdonald, the emails criticize the independence of the ALC and its chair Richard Bullock, and reveal that Bill 24 is about buying votes.

“Who the hell is running our province,” reads one email from Mr. Pimm to Mr. Bennett. “Here is an opportunity to actually muster up some support for our team but instead we will ignore it and go out and find some way to give the Indians more money which doesn’t get me one vote. I am getting tired of this kind of nonsense.”

The Valley Echo contacted Mr. Bennett’s offices in Cranbrook and Victoria last week, but could not reach him for comment by Monday’s press deadline.

Mr. Bennett spoke to the Kimberley Bulletin, however, saying the messages prove only that he was advocating on behalf of his constituents.

“Aside from the unfortunate comment by MLA Pimm about First Nations, which I strongly repudiate, the ALC issues discussed are nothing new,” Bennett told the Bulletin. “Who is surprised that I am a strong representative for my rural constituents who want change? This isn’t vote buying. It is the democratic process and an MLA doing what he is hired to do.”

Mr. Bennett added that the ALC will remain independent as it was before Bill 24. 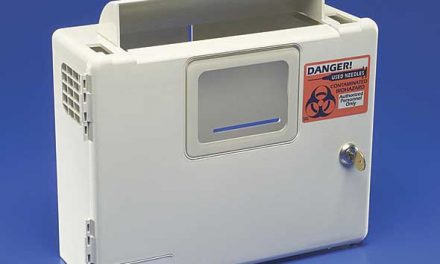 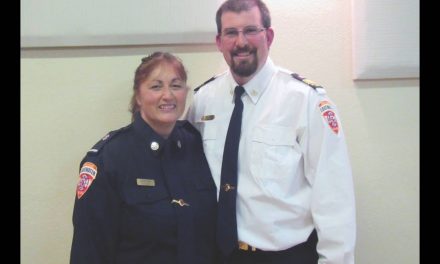